Hilux’s are common in Australia and are a common choice for work and play. This Hilux however is not very common and it's not due to the mods. It’s due to being 1 of only 2000 TRD Hilux’s ever made in the N70 variant. 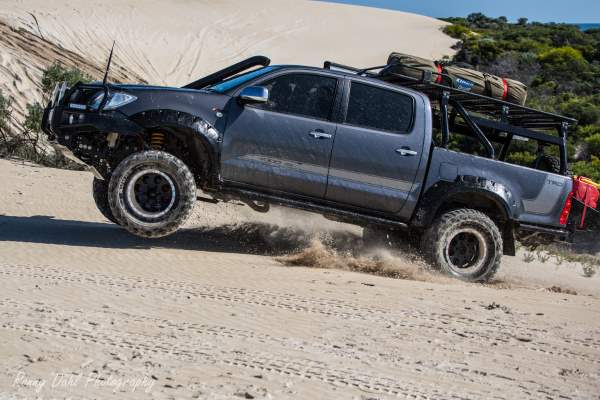 As far as the mods go the TRD Hilux is fitted out with a lot of protection with a lot of well-made DIY fabrication and strengthen drive-line with re-geared diffs to help roll the 33’s around.

All in all a pretty cool supercharged petrol RIG. Check out the video for more details. 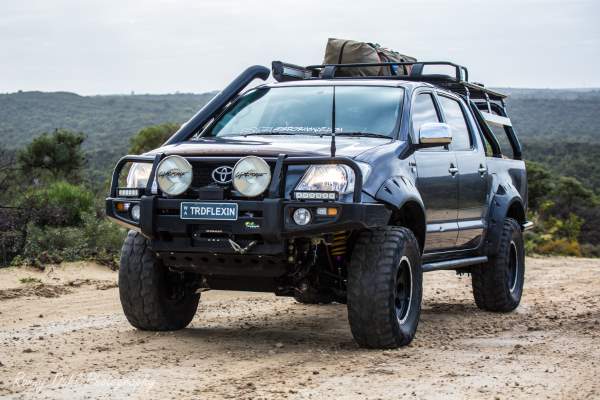 ·         Quarter chop and rear bar with jerry can and tyre carrier 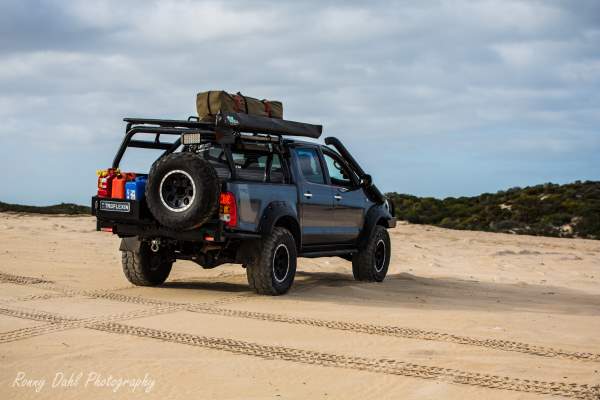 Unstoppable moment in the vehicle:

As simple as just after I have the lockers and regear done being able just to crawl over everything and not beating up on the car so much definitely made me feel unstoppable.

Most scary situation in the TDR Hilux:

Was just after I bought the car 5 years ago in Cervantes.

I was playing around in the dunes, came over one thinking they kept going, but this one ended up a massive drop to the shrubs.

In short the car came very close to rolling sideways down it as inexperienced me tried to avoid it with a heap of steering input instead of just getting of the gas and the sand started to fall away under the front, I brought myself to a stop when I realised what was about to happen and any movement I made I started to slip further down.

Tried just a simple snatch, broth my brother GQ ute but as I was on a downhill and he was heading up he couldn’t get the traction in the sand.

Ended up having to link 3 straps so he could have a downhill crack at it which worked a treat and nothing broken except for a bit of a damaged ego. 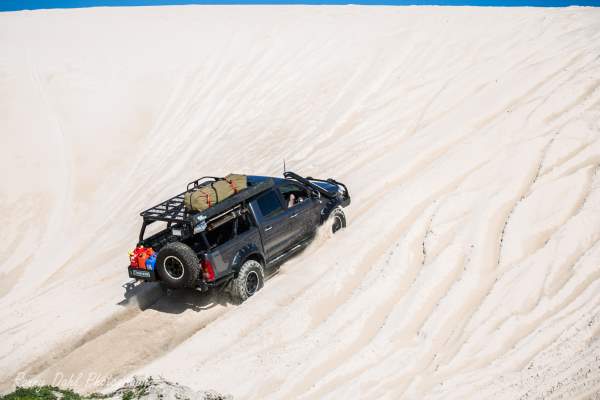 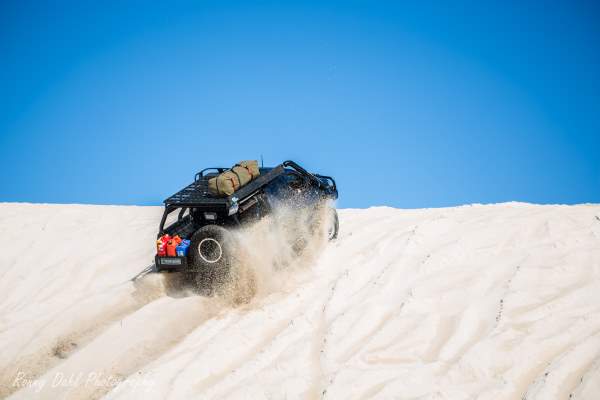 If starting out with a stock car as I did, I would still do lift, tyres and some bar work first then lockers, winch and snorkel.

Lockers are an expensive thing to do but worth every cent in my opinion.

If you have an auto a separate trans cooler is good cheap insurance as one thing autos hate is heat, I also separated mine from the standard radiator cooler as I didn’t want coolant anywhere near my trans oil as I spent a lot of money having it built stronger after blowing the first one up.

Things to lookout for with this model TRD Hilux:

Basically the same as any other hilux just keep supercharger maintenance up to date like oil and bearing changes as the supercharger has its own oil.

If lifting these vehicles more than 2 inches invest money in a diff relocation as if you are heavy on the throttle you will eat cv joints, on that note learn throttle control fast because if you’re on the gas at the wrong times the wheel speeds and torque they produce will munch driveline components.

Top 3 tips with the TRD Hilux:

1.   If you want fuel economy don’t buy one LOL

2.   Drive with window down the blower noise is epic!!

3.   Try not to do too many burnouts, as they have the ability to leave lines through traffic lights.

Thanks to the following people for helping with my Build

https://www.facebook.com/moonlightcustomfabricationandwelding/ - Tyrone made me up my snorkel