200 series Landcruiser, yay we finally found one for modified and this one has some really clever storage by using existing and new additions to the vehicle.

Graham has taking this 200 series Landcruiser on some long touring trips one of those from Perth to Uluru the red centre of Australia. 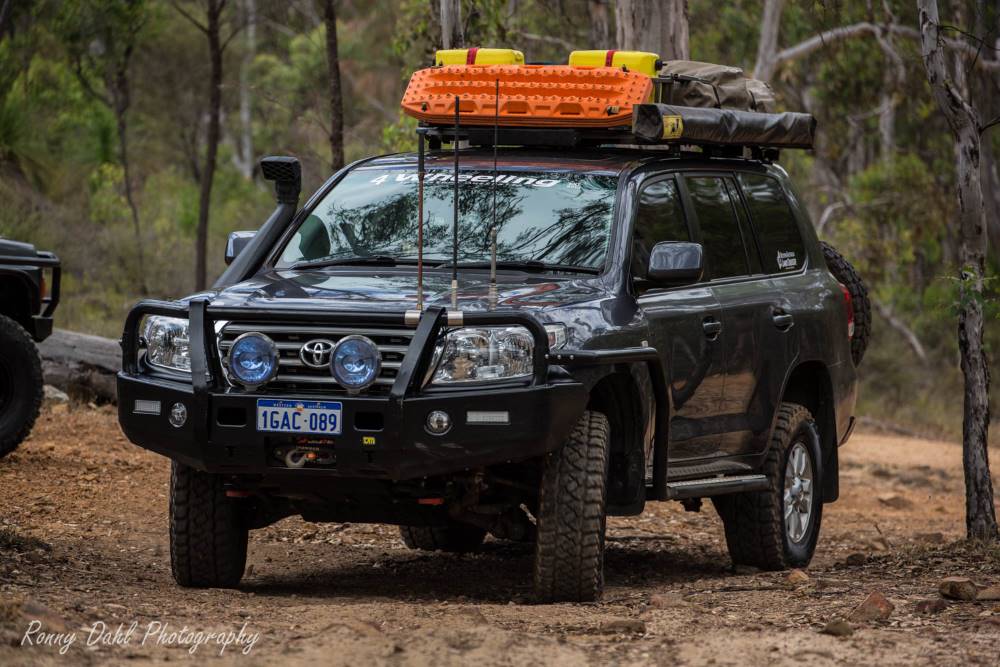 Graham definitely puts the 200 through its paces and is not afraid of the odd few hundred pinstripes from the tight tracks and taking it through those deep water filed holes when there is no other choice.

The list of gear and mods to this Landcruiser is quite impressive and most of the stuff gets used often and has a purpose, some very clever ideas have gone into the roof rack which is the main cargo area for a Landcruiser 200 wagon. 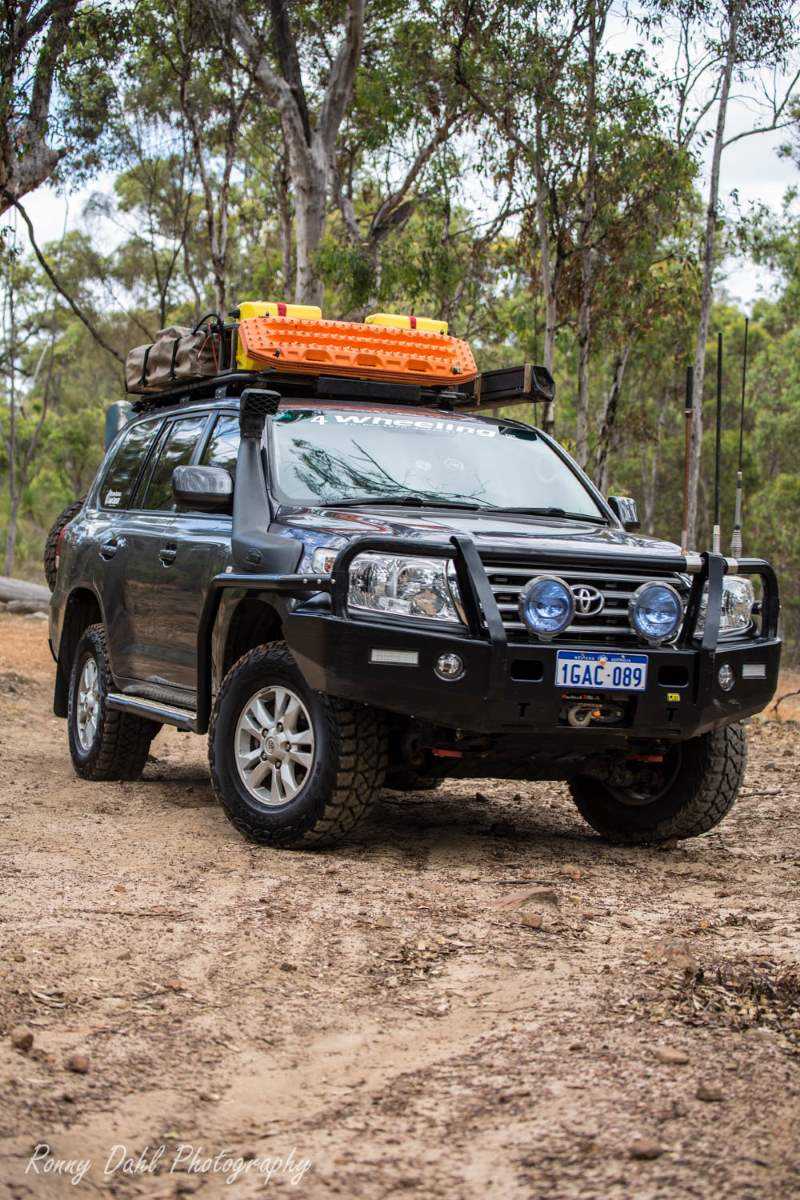 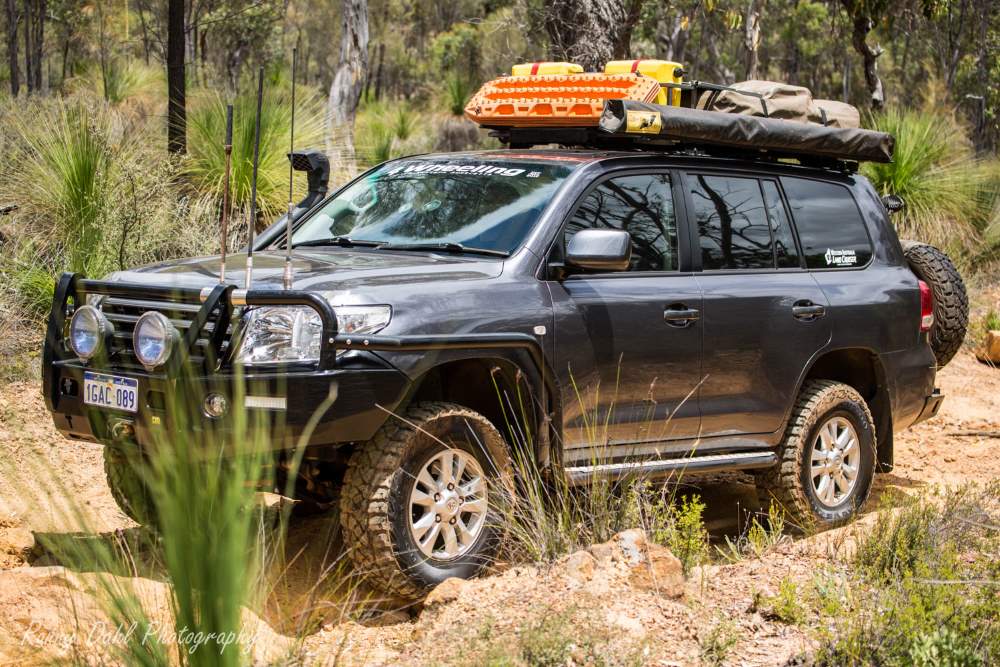 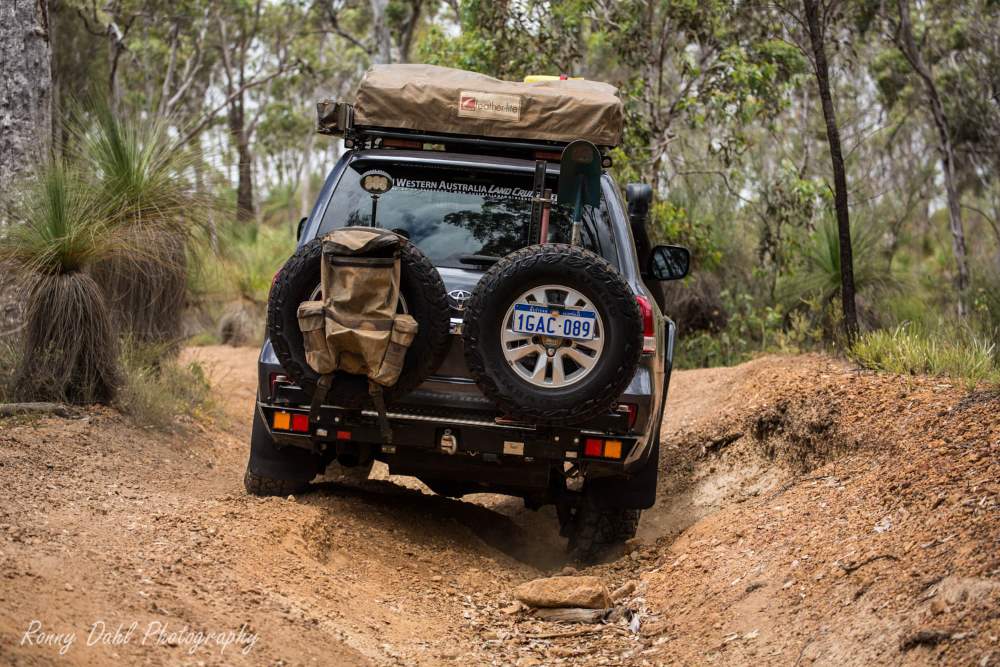 Graham’s top 3 trips in the vehicle:

Unstoppable moment in the 200 series Landcruiser:

I had never been to Yeagarup or Callcup before, I had just purchased the 200 series, so with 7 other cars we headed down for an explore, as the organiser/ planner/ route maker I tend to be up the front, it was daunting arriving at the bottom of Callcup for the first time.

I was pleased to make it on my first attempt & then watch as some of my friends made it with ease & some took a couple goes, the laughter & humour at camp that night was great.

Most scary situation in the 200 series Landcruiser:

We went out for what was meant to be a quick day trip along the Captain Fawcett Track, I was leading the group of 6 when I went to avoid a bog hole, before I knew it the front had slipped in & the back was following.

I went to reverse out whilst doing so I heard a big bang from under the car & lost all drive, after a double line winch pull with 2 cars anchoring we got the 200 out & assessed the damage, unijoint destroyed & a massive split through the transfer case.

We got it mobile & towed it to the closest road, before using a mates truck to get it back to Perth.

It appears the front uni let go first, which in doing so the shock of it unloading caused the chain in the transfer case to come off & make short work of everything inside the transfer. 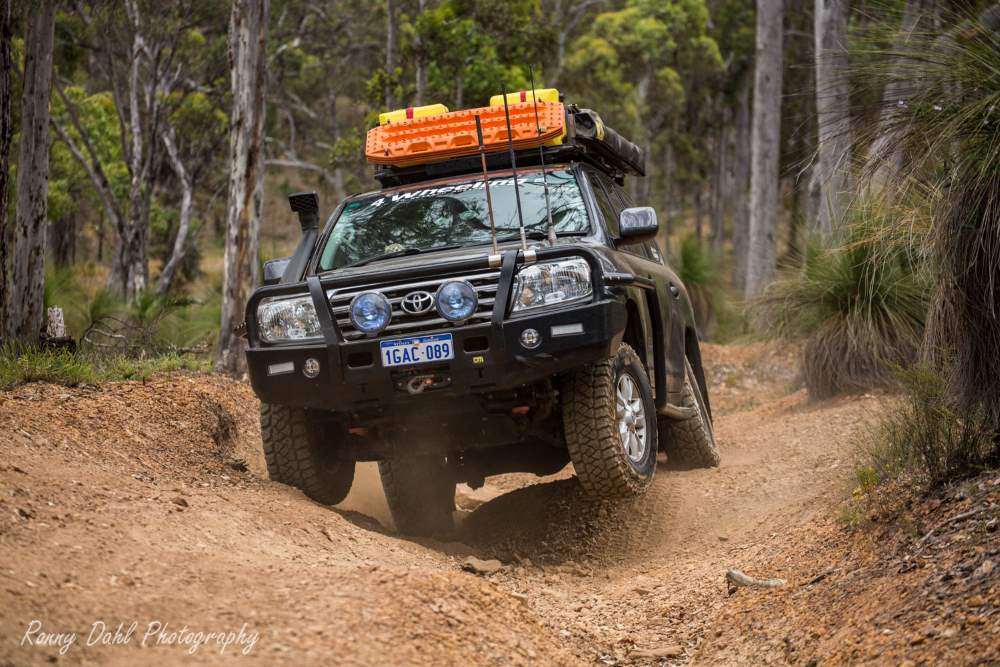 Graham's modification tips for the LC 200 :

I was fortunate to learn it with a previous car that the poor man pays twice by opting for cheap stuff rather than investing & getting quality gear, do your research, talk to people with experience & make informed decisions.

Getting accessories & modifying a 200 series Landcruiser (any car really) can be costly, you don’t want to be spending your hand earnt dollars twice. 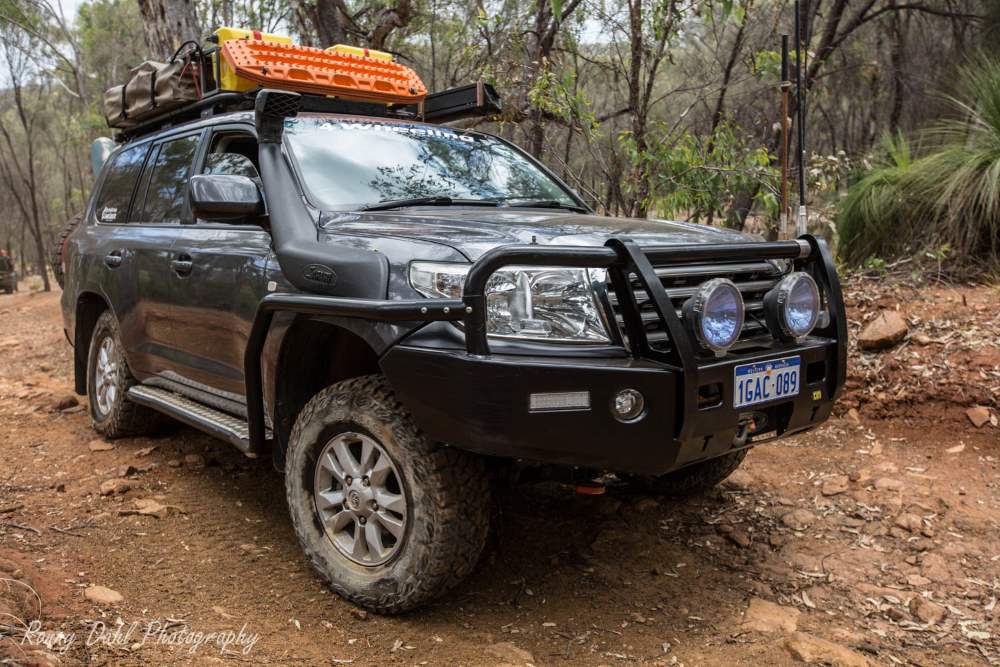 Things to lookout for with this model vehicle:

Dust Ingestion to the airbox & inlet piping, the seal around the airfilter doesn’t seal the best & lets dust into the clean side of the air intake, use a strip of foam tape or o-ring grease to create a better seal.

Oil burning on early (07-09 diesels) most have been fixed under good will by Toyota, just be aware when buying second hand.

GVM & going over weight, once you add a couple basic accessories (bulbar, winch, aux battery, fridge & some gear for a trip you’ll be very close to the factory GVM & you may not even have passengers in the vehicle yet or the trailer hooked up.

Do some basic calculations & determine if you may need a GVM upgrade or not.

Top 3 tips with the 200 series Landcruiser:

2.   Torque Convertor Lock Up Kit – it is an underrated modification, but its proven to be the best modification I’ve done to date & the myth its only for towing is wrong, because I don’t tow with mine.

3.       Lift kit – it corrects the body roll & handling 10 fold without compromising the comfort either, if your going 2” or higher I highly recommend upper control arms to correct your wheel alignment (again they alone made a noticeable improvement to the way it drives.

Thanks to the following people for helping:

Henderson Mechanical Services who does all the servicing & repairs of the car.