This unique looking Toyota Landcruiser dual cab  will give most 4x4 enthusiasts inspiration with their builds, Shano’s Landcruiser has endured a 3 stage change of the rear tray/canopy combo along with all the other mods to now the perfect & ultimate camping, touring and weekend fun truck for his much loved activities.

His vehicle plates will give that (his favourite activates) away if the 79 series cruiser hasn’t already.

Suited right down to Shano’s needs the back seats are removed for not one but two fridges (one freezer and one set to fridge), this allows Shano to sleep in the back of the canopy and with the doors open, I might add. Thanks to the custom insect screen on both sides ventilation doesn’t come with the price of bug bites.

The mods to this Toyota Landcruiser dual cab workmate are clearly all practical trailed and tested,

I don’t think there is anything on this truck that doesn’t serve a purpose. 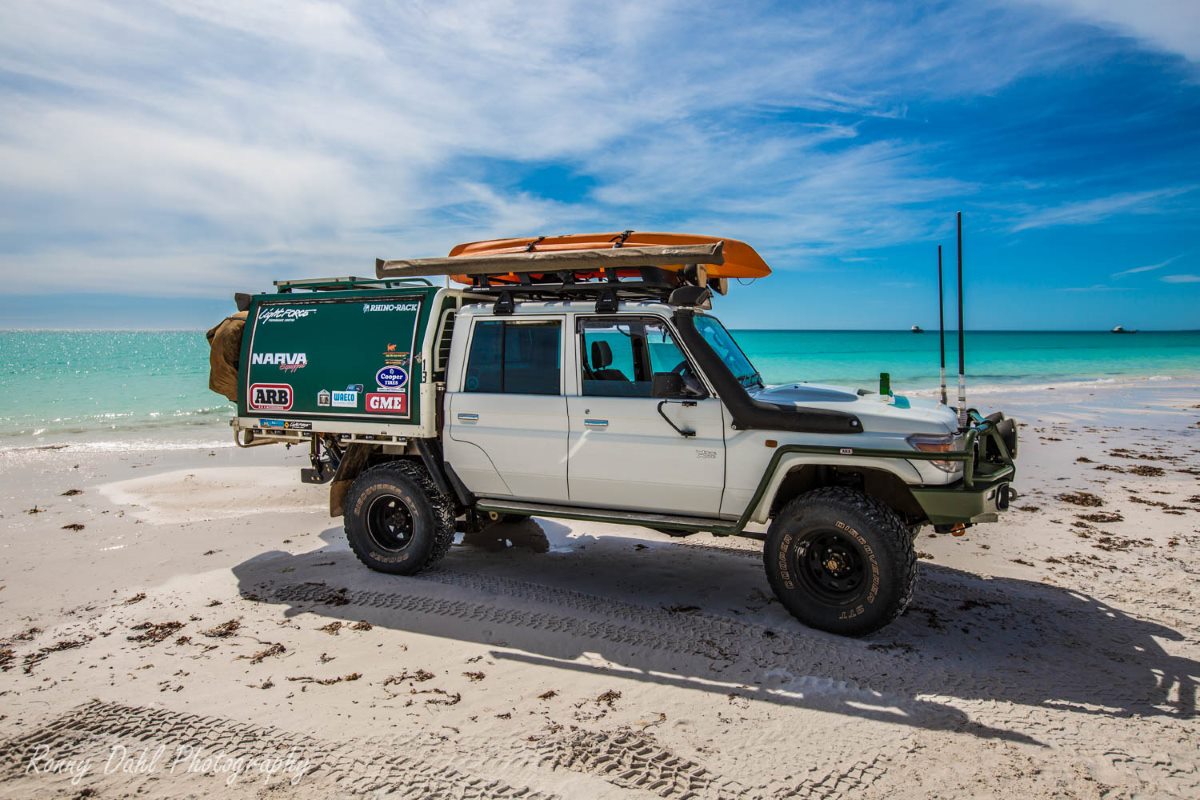 There are many other cool little and big touches to this cruiser like the storage floor, slide out table ‘Shanos bar & Grill’, very neat power board in the canopy, clever twin compressor setup and the list goes on and on. Best shown and explained in the video.

While we did this shoot Shano recovered 2 vehicles, very keen to help others he is the kind of bloke you would hope meet on the tracks especially if you’re bogged!

See below for the specs and modified details on this awesome Toyota 79 series Landcruiser workmate. 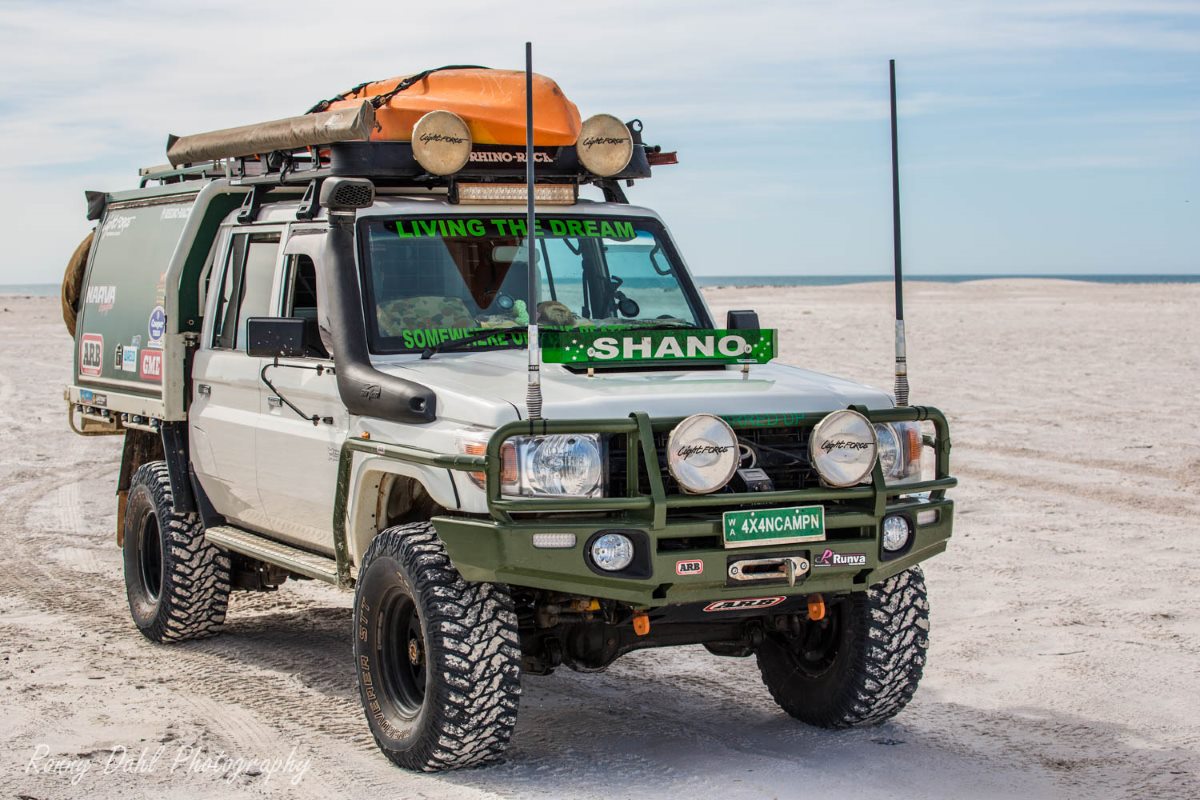 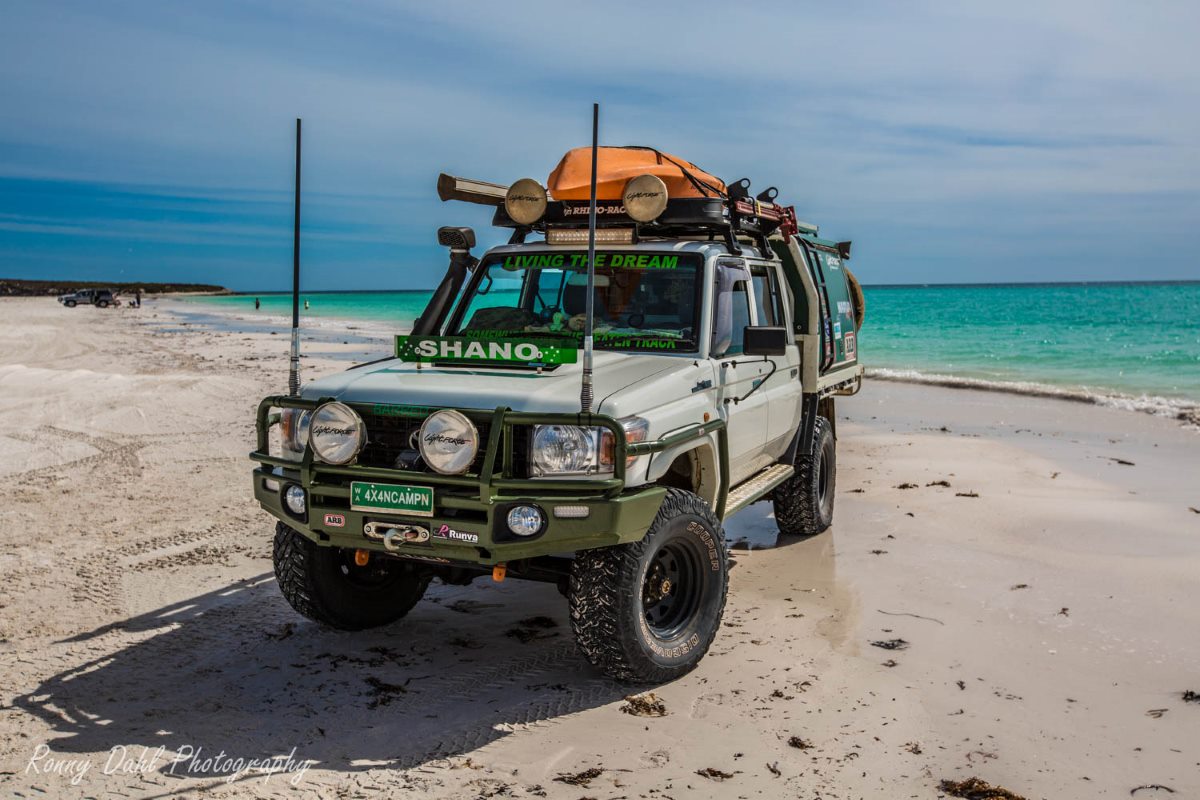 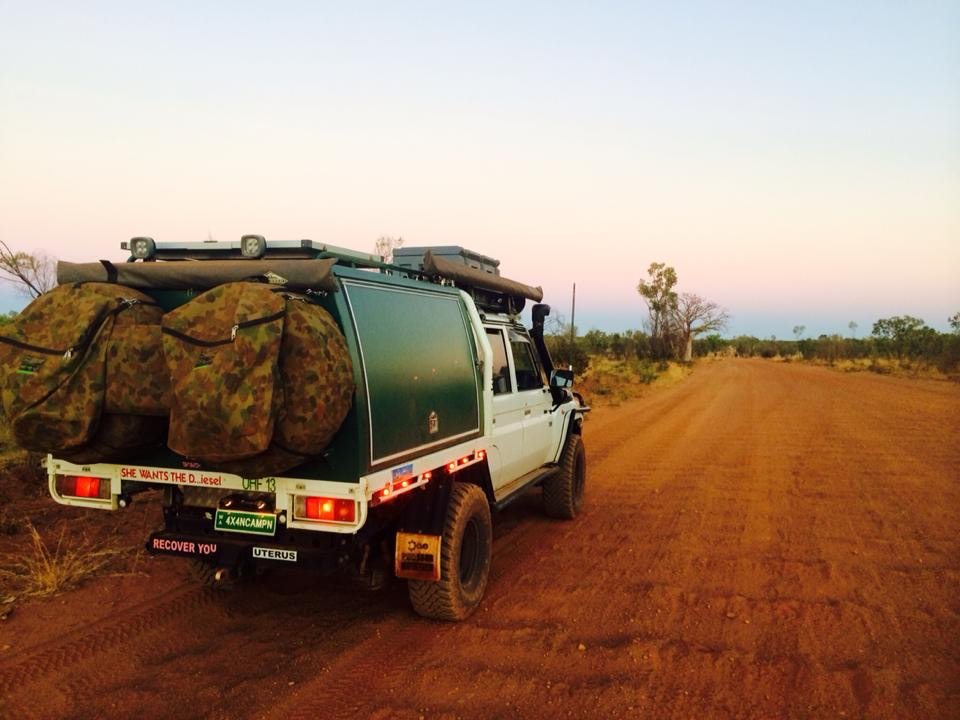 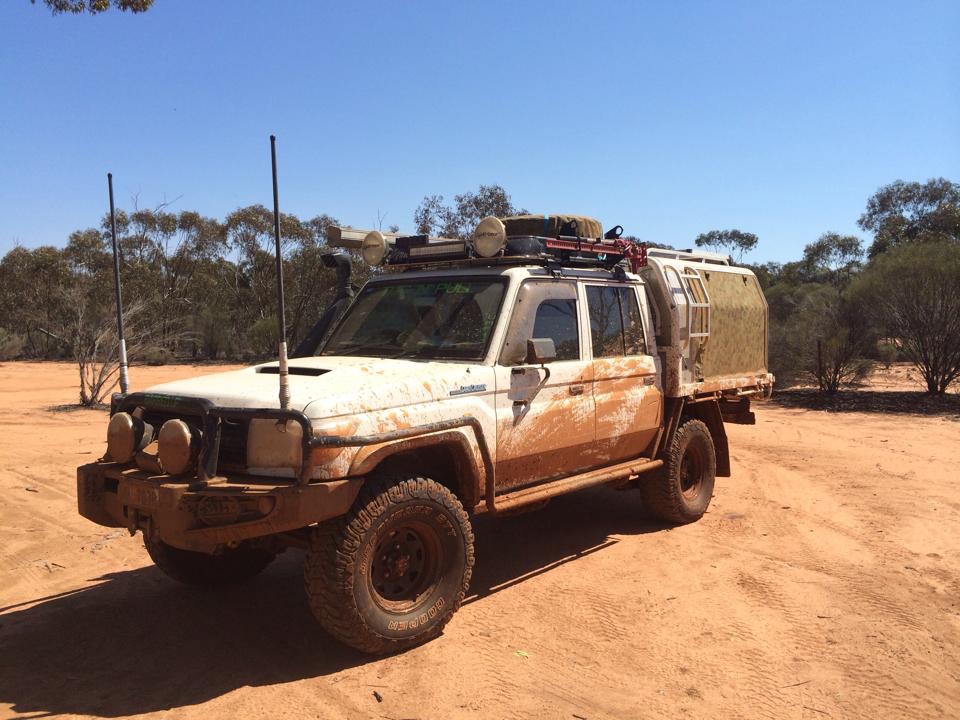 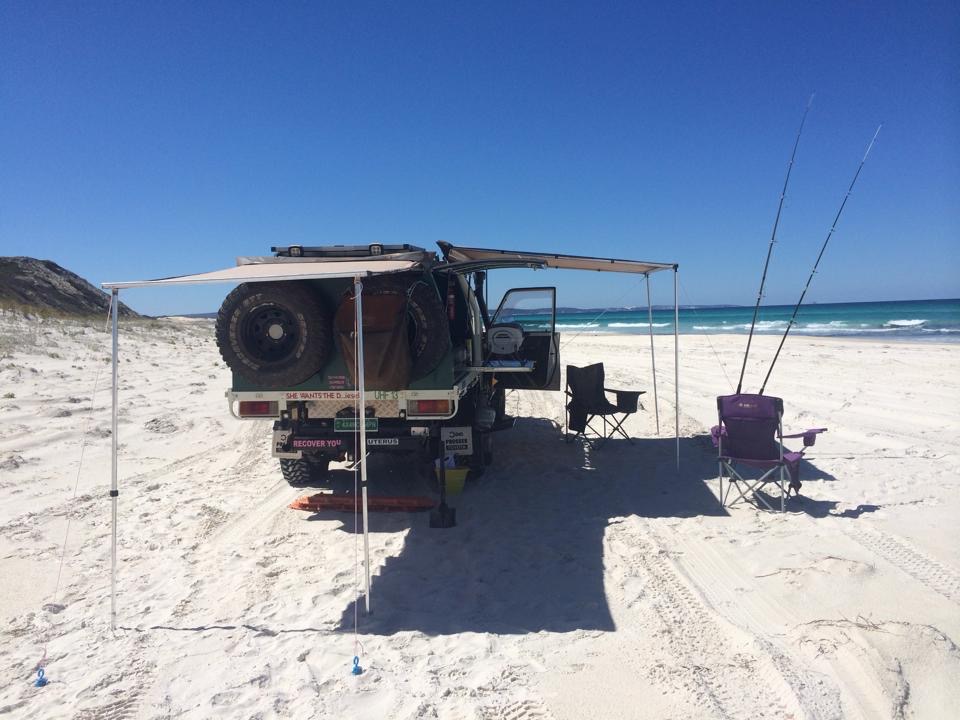 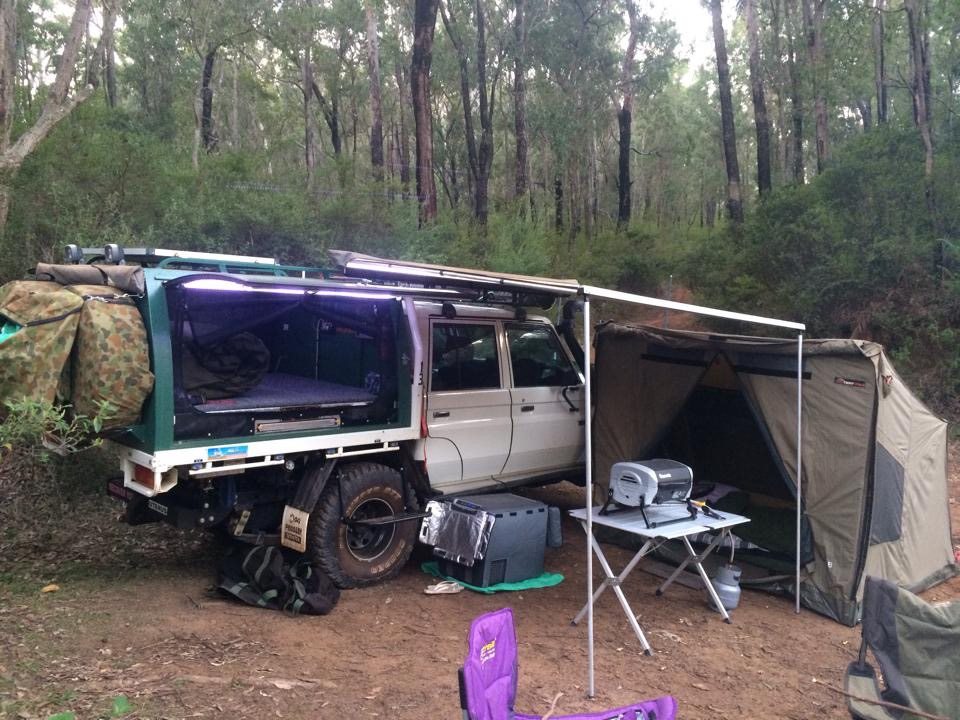 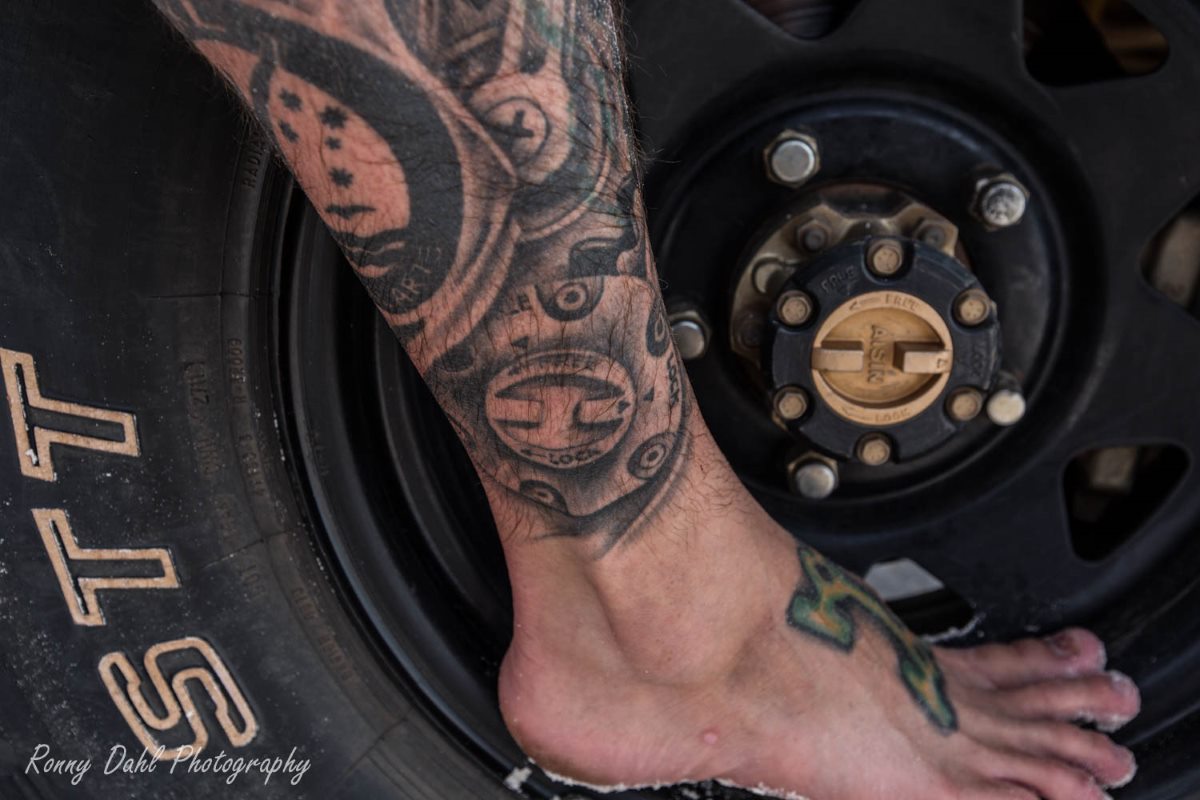 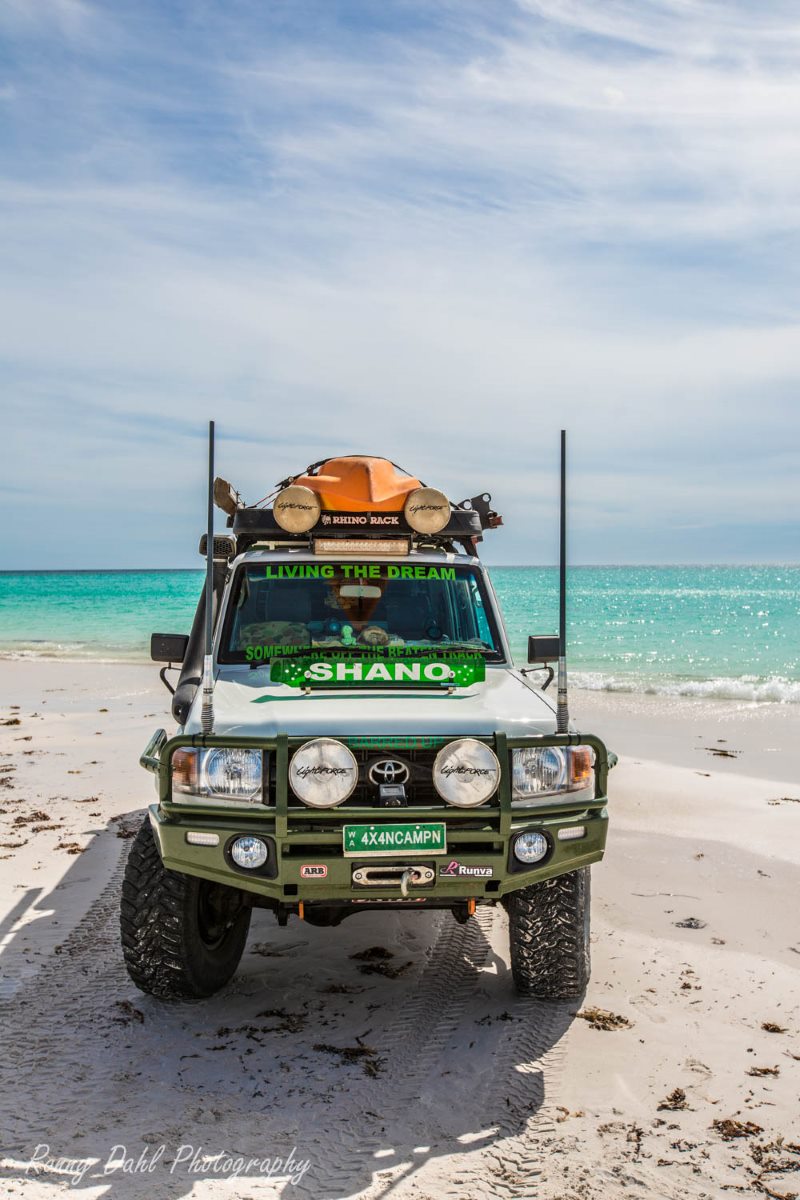 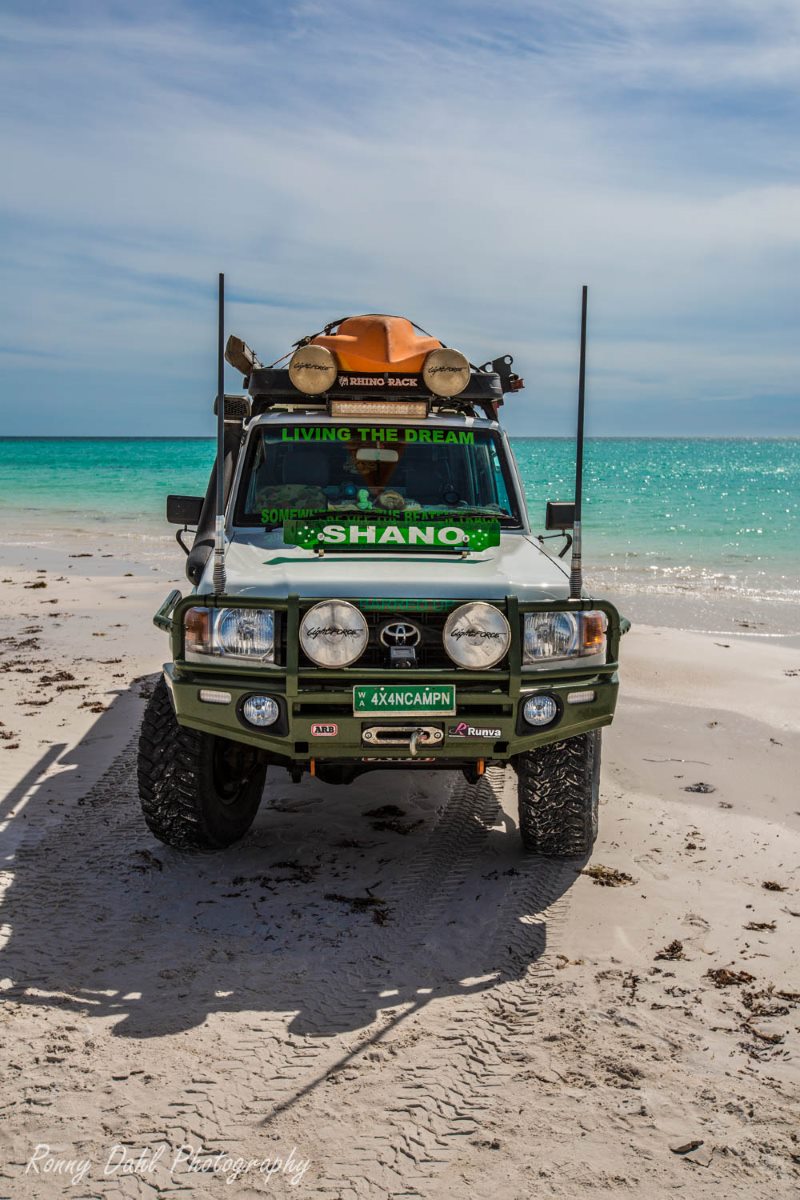 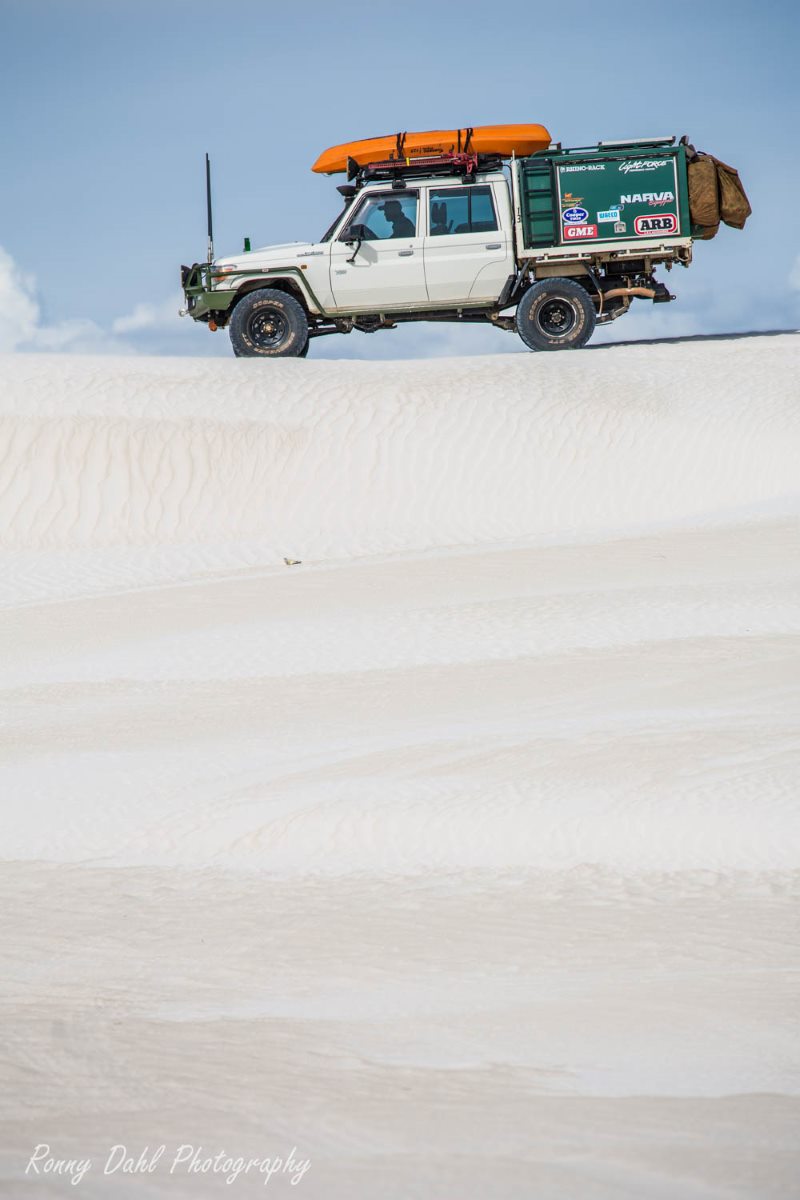 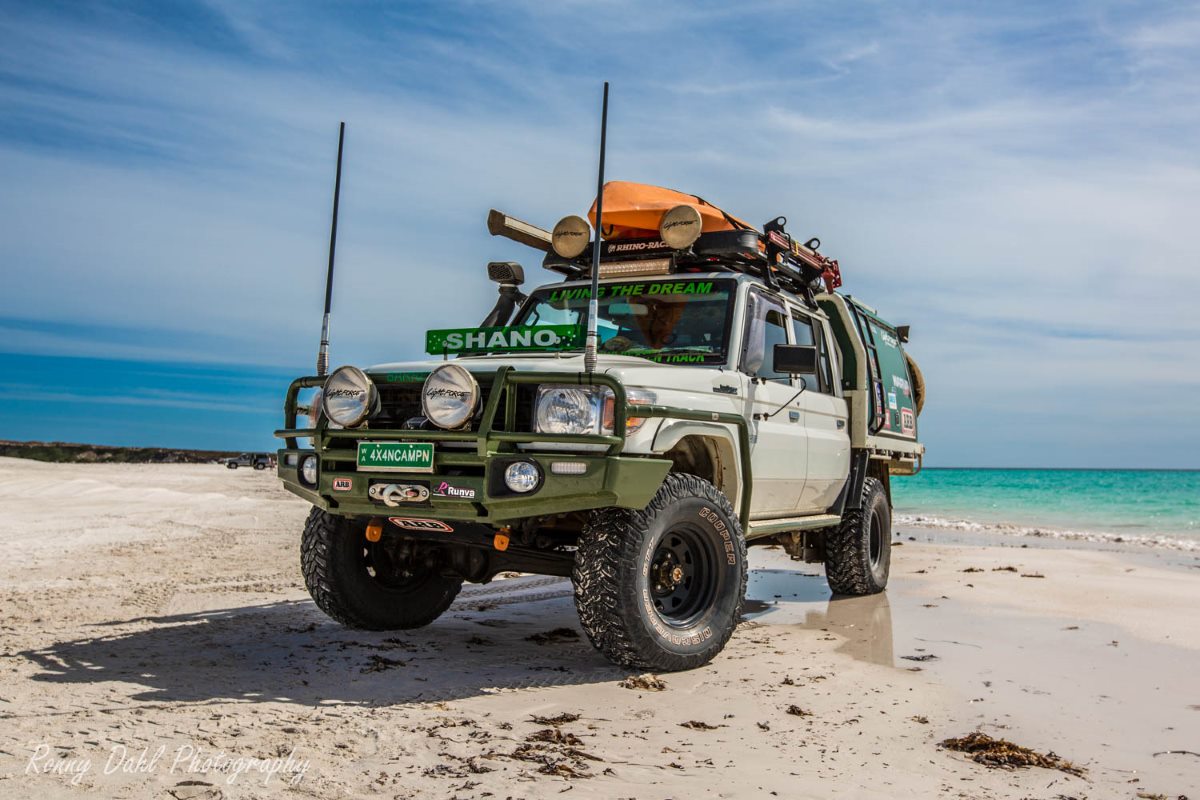 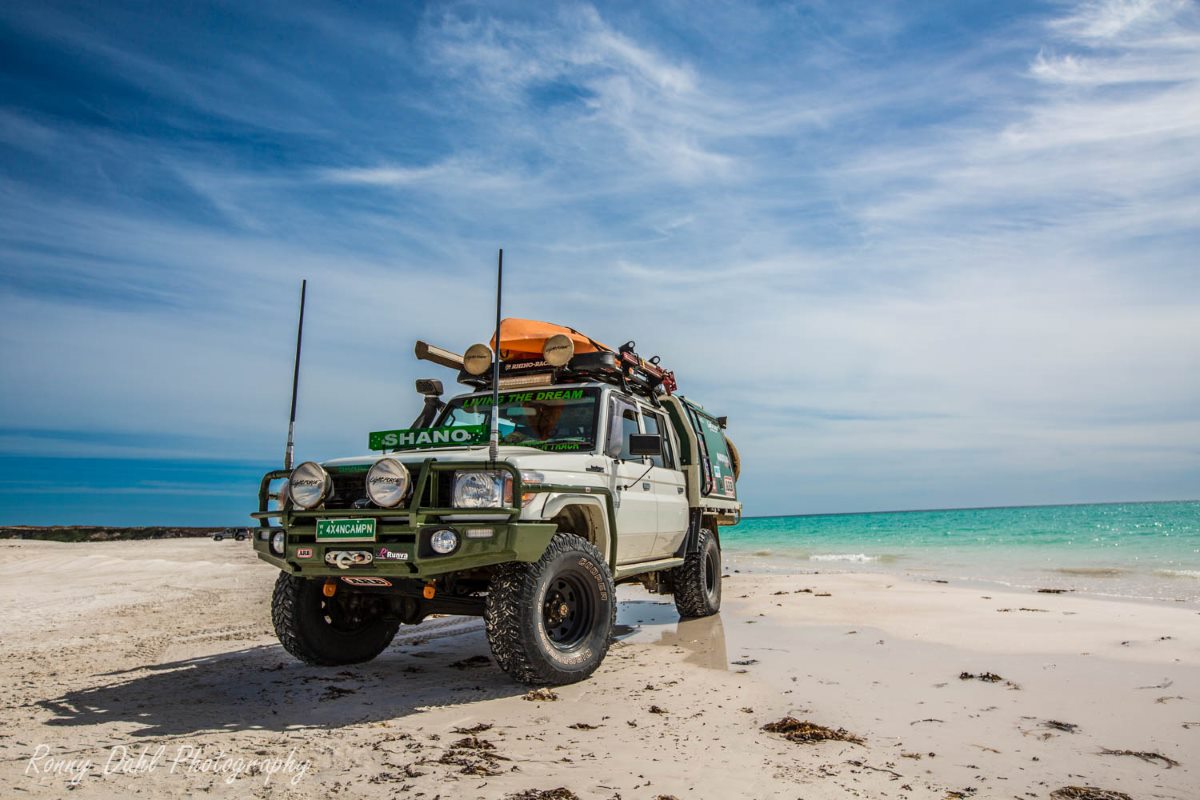 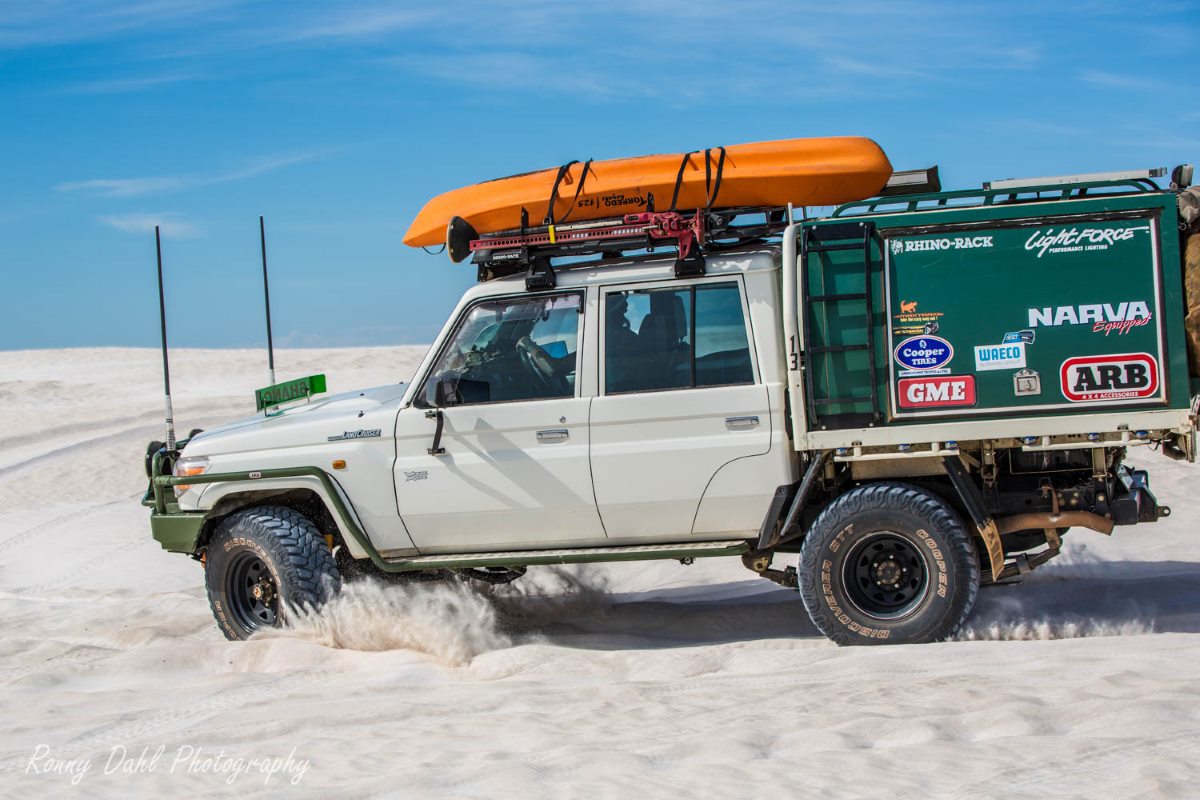 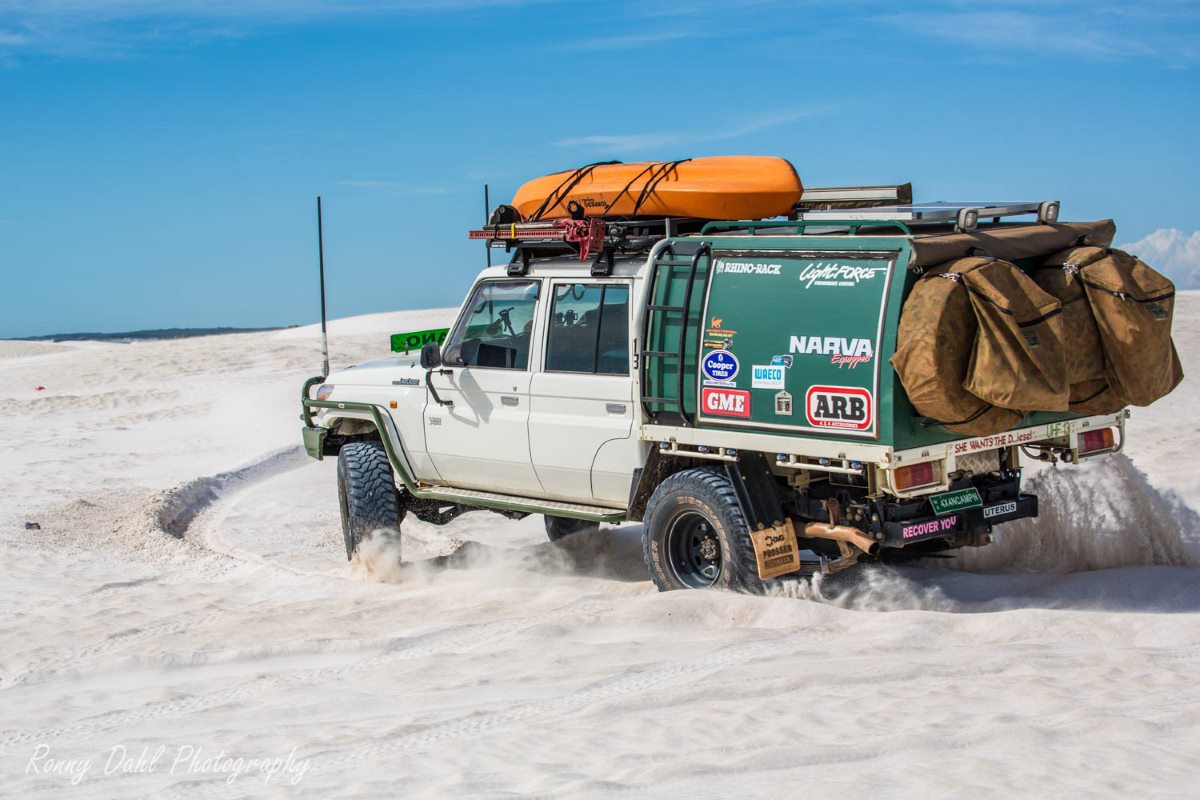 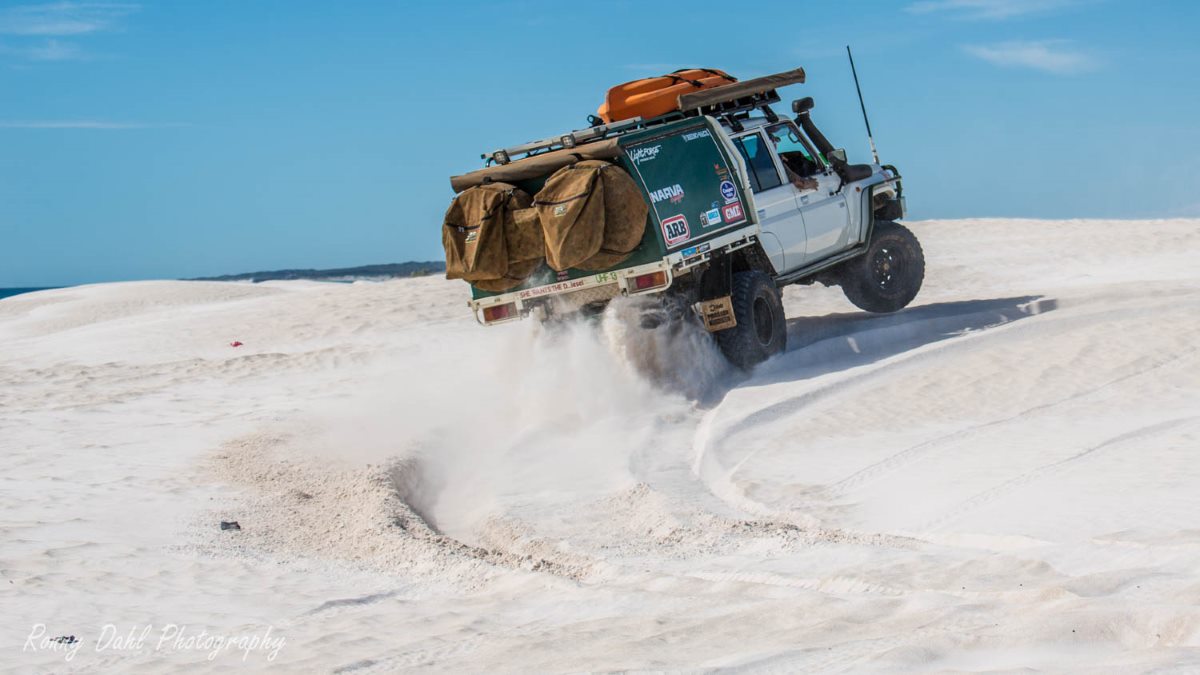 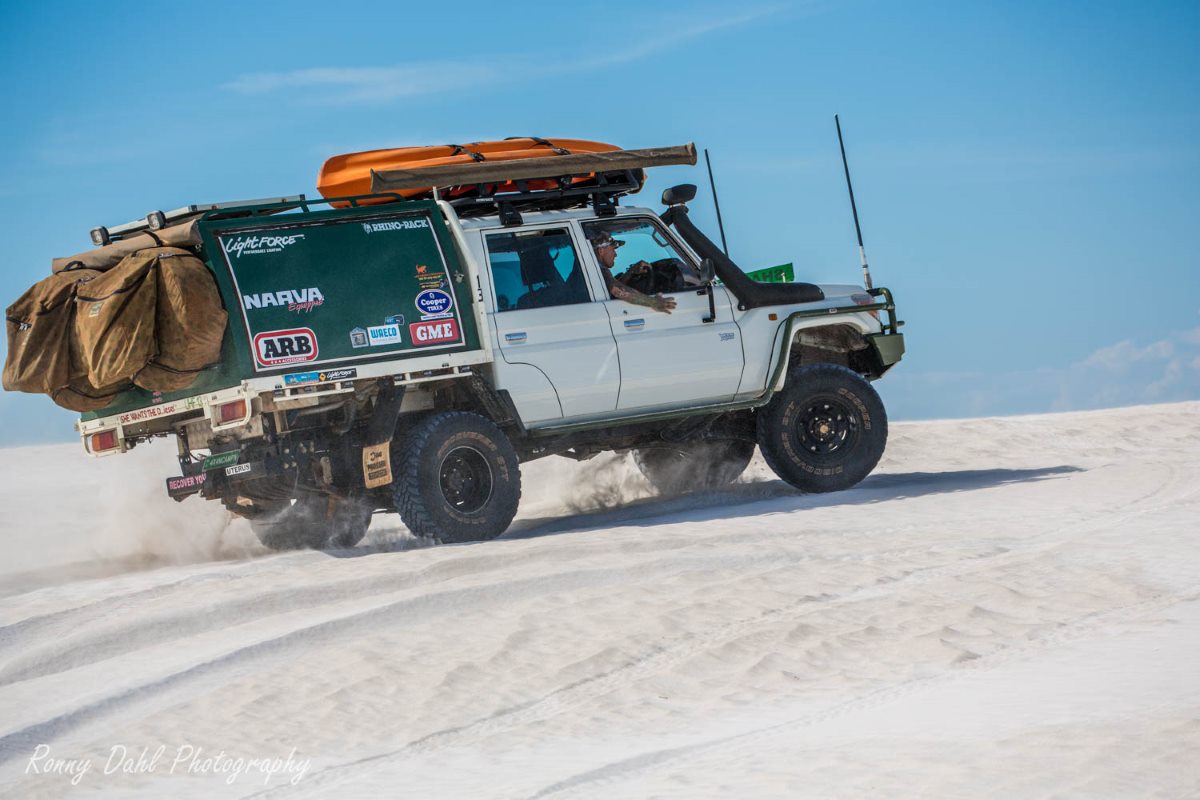 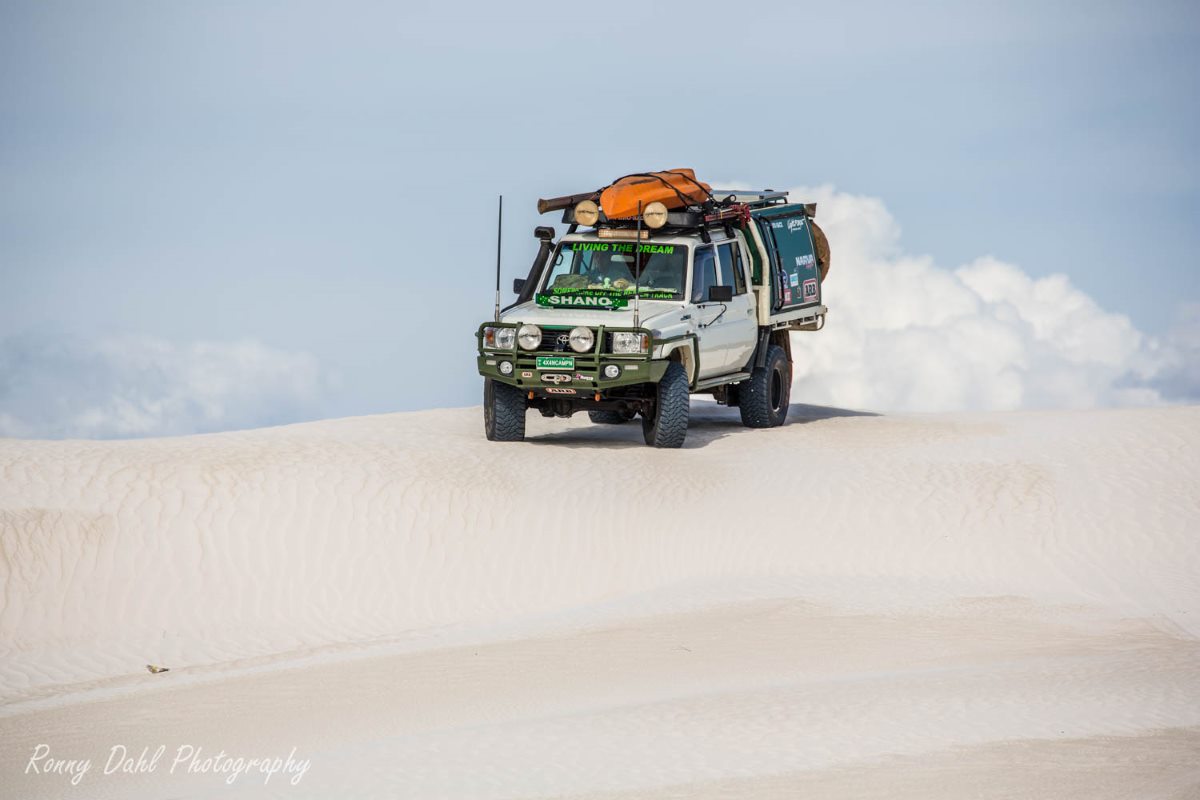 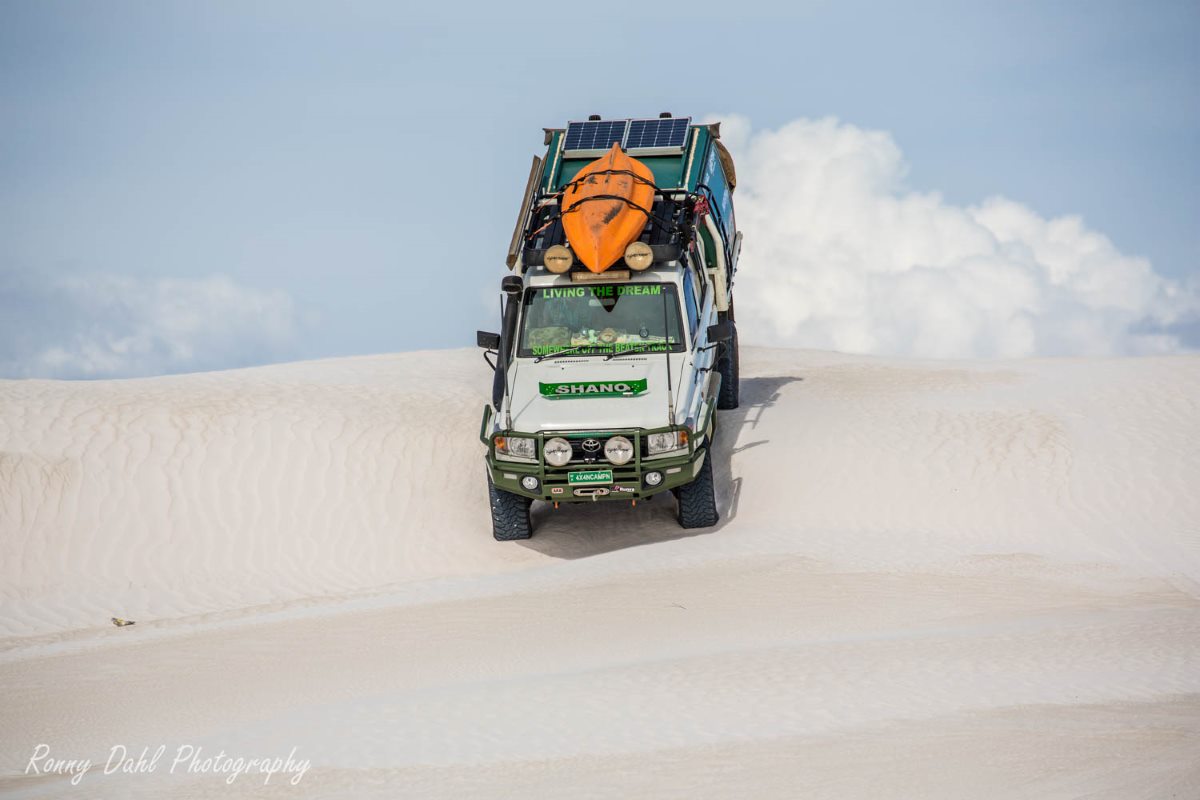 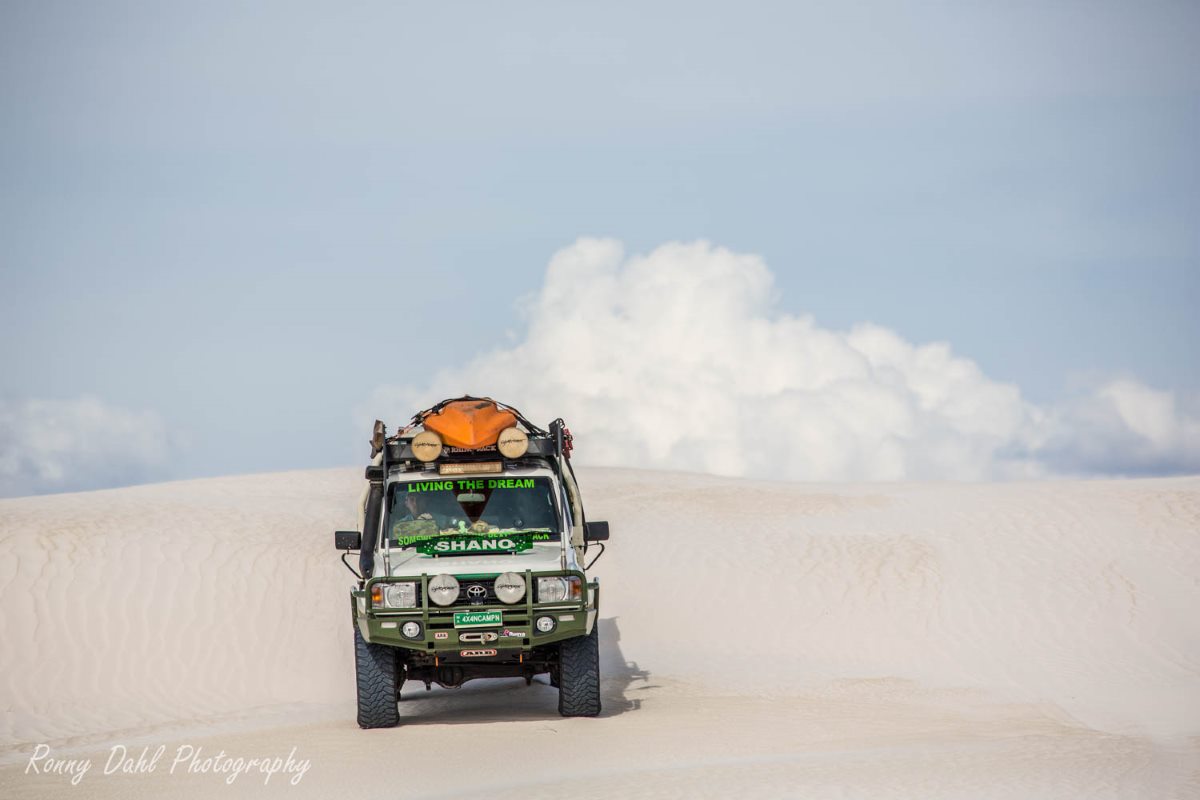 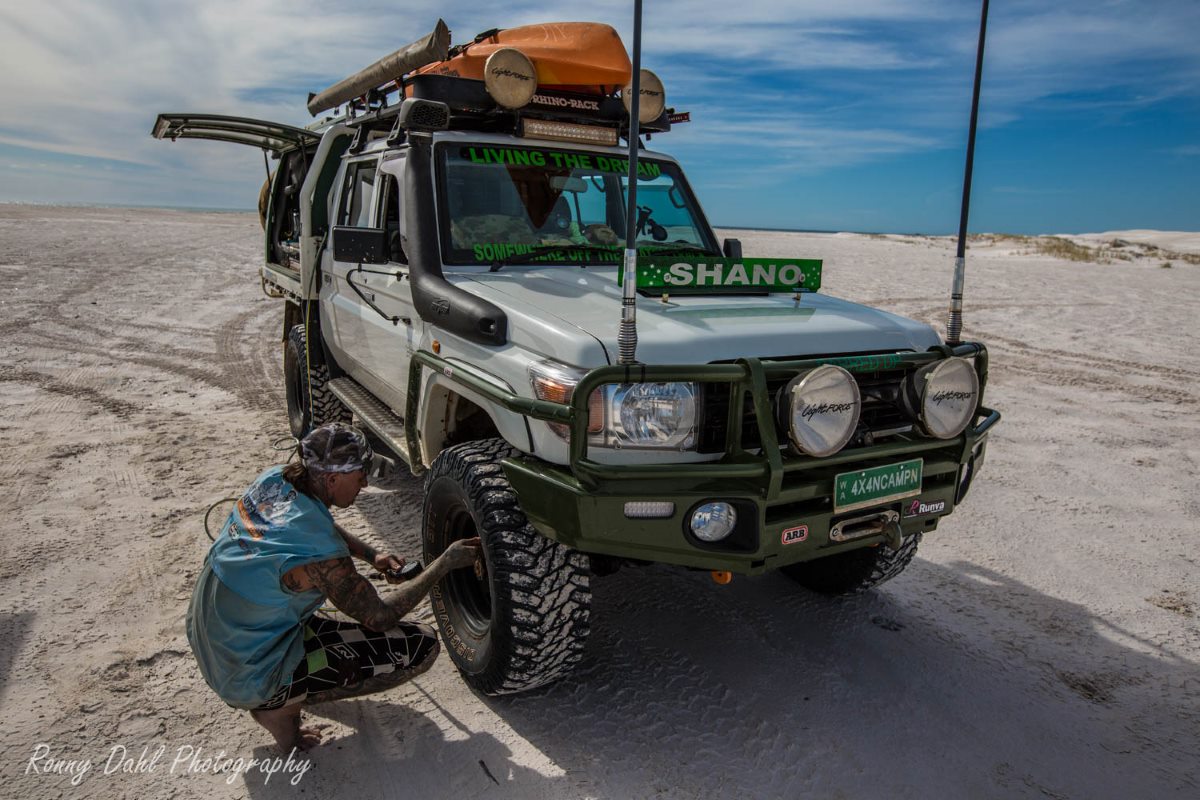 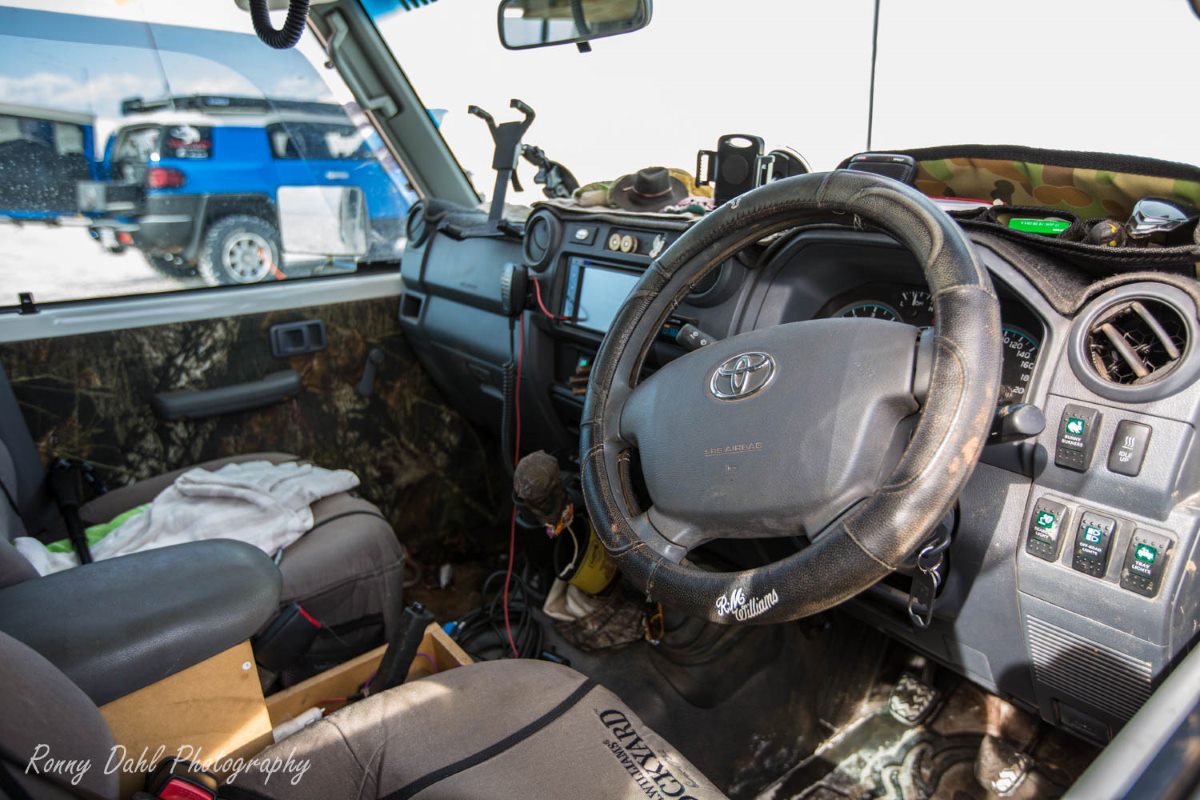 2 GME aerials on the bull bar, 2 GME 2way units in the cab plus a hand held 2 way, HEMA maps on iPad 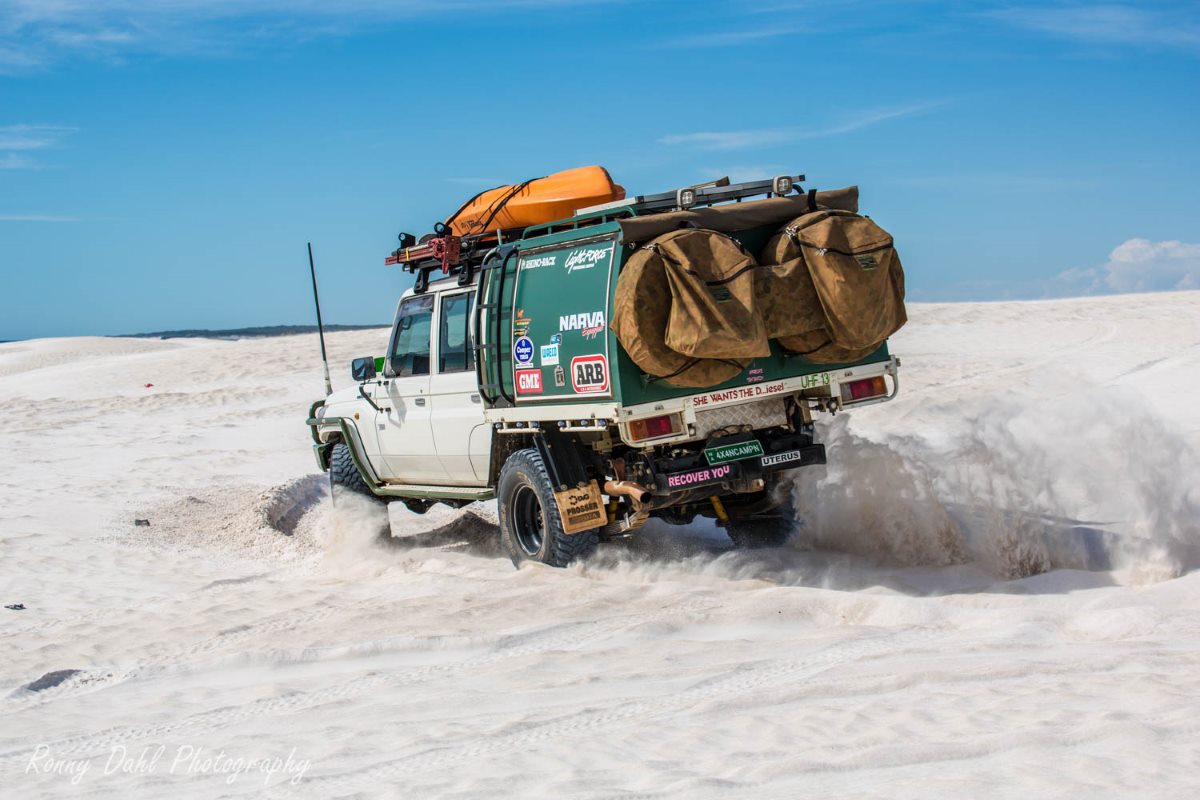 ARB Deluxe Winch Bar with scrub bars an side steps, fitted with a 12000 Runva winch, Rhino roof rack with a arb awning, 120w solar panel on the roof of the canopy, Dual spare wheels mounted on the rear of the canopy along with a 1.4 rear awning, under tray custom ally fuel tank 80L, 65L water tank under tray, TJM Airtec Snorkel 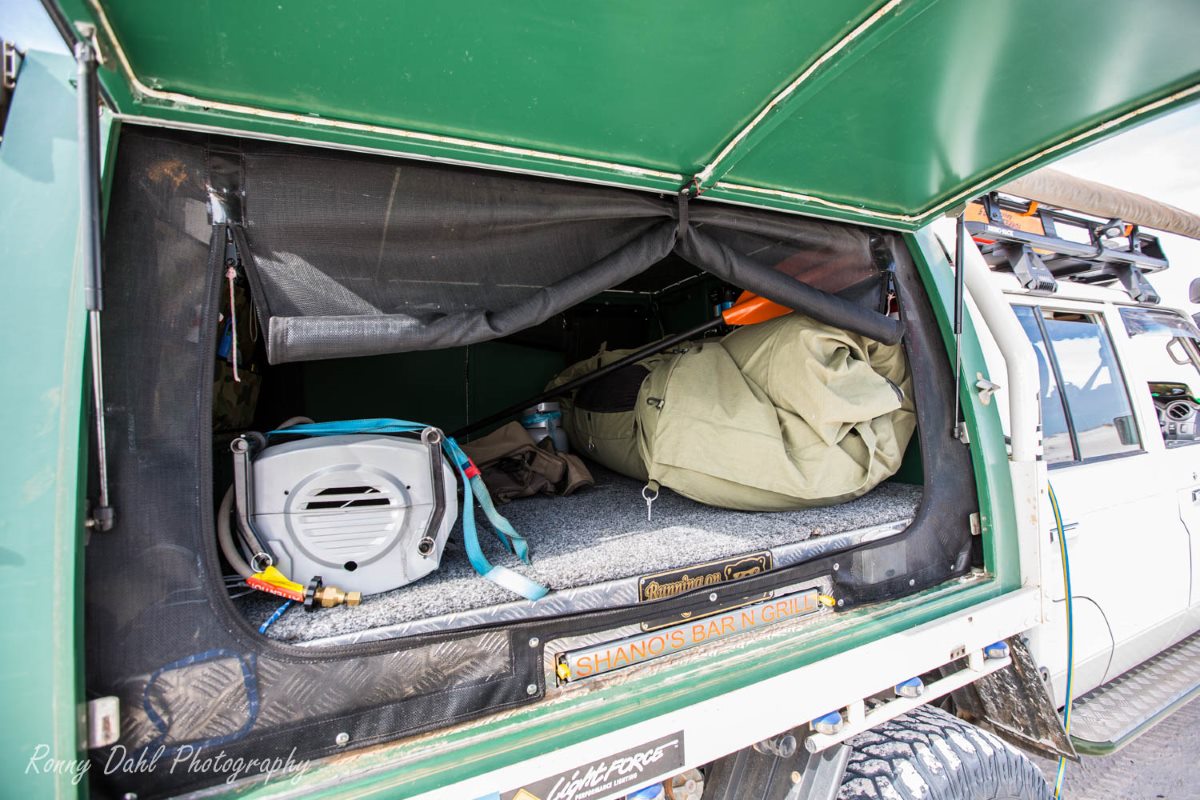 Back of the cab I’ve removed the rear seats and fitted 2 Waeco fridges 65L and a 40L with a custom made rear shelf on the roof also housing speaker set up. Tray set up is a custom built ally canopy with inbuilt storage a dual spare wheel set up on the rear 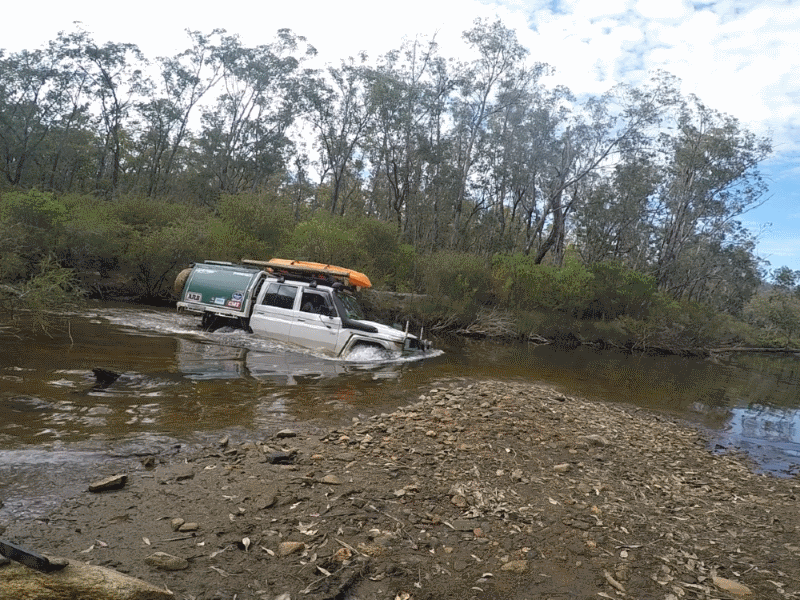 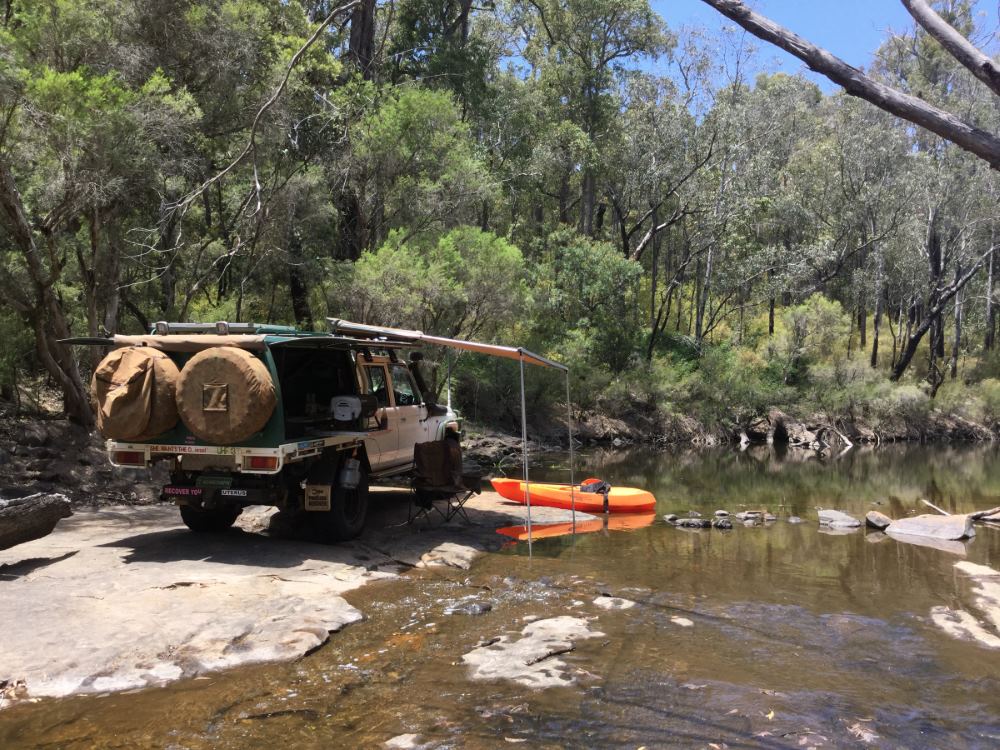 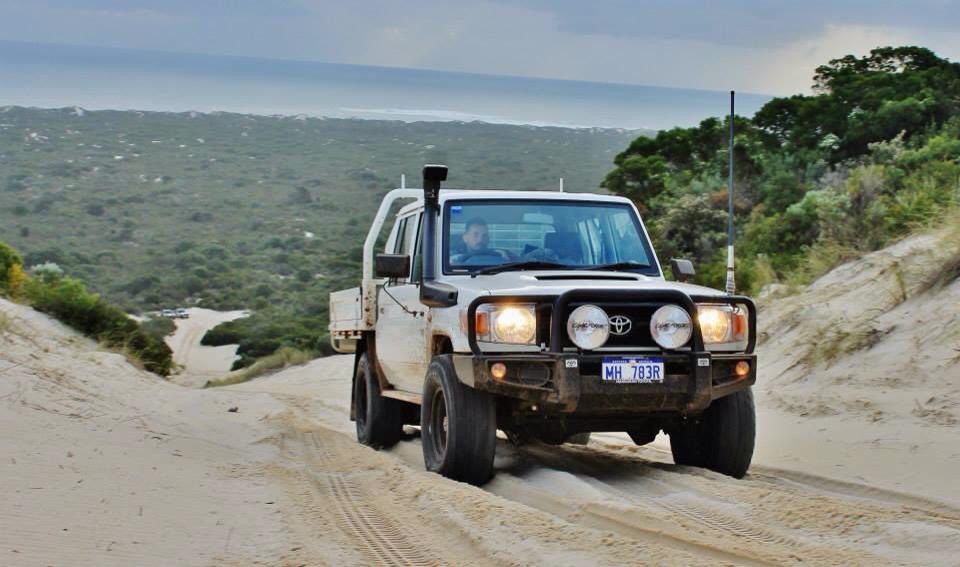 Hard to pick, I’m usually the one going in and getting stuck myself, having the v8 for the recovery is great though, plenty of power.

One was a dead Landrover dragged it 7ks along the beach.

then a flooded Nissan patrol on the capt Fawcett track, first had to recover him out of the hole he was in then use my winch and snatch block to position the car to face the right way then towed him the whole track out.

Most scary situation in the 70 series Cruiser:

Most scariest would be in Brunswick, thought I was going to put her on its side, it was an oh s...t moment.

1.   Learn to clean the alternator

2.   Silicone up factory snorkel or change to a 1 piece snorkel