The third Hilux but the second N170 Diesel Hilux featured to date on Modified. This one being the Toyota Hilux SR version, D4D Hilux

The main feature on this Toyota is the rear canopy which is yet another DIY master piece created by Mitch himself. A very simple and neat layout which many could learn from, the only thing missing as far as Mitch is concern are front and rear diff locks. 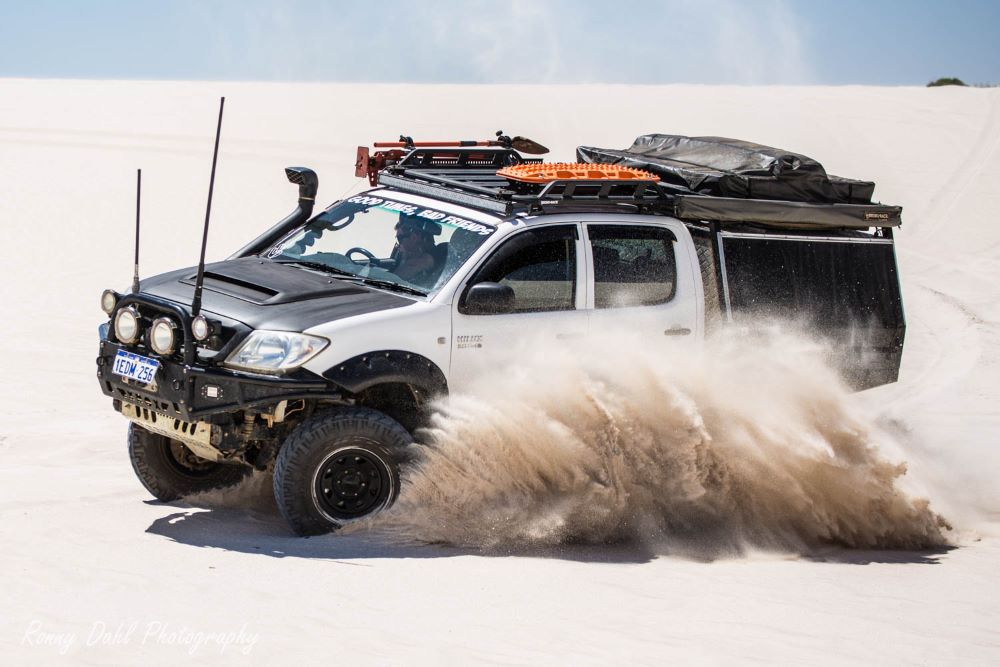 Click Any Image To Enlarge Or To Open Photo Album.

Together we breakdown the vehicle in stages as always getting to the bottom of a few topics many Hilux owners would like to know i.e. how to fit 33’s and CV angles. 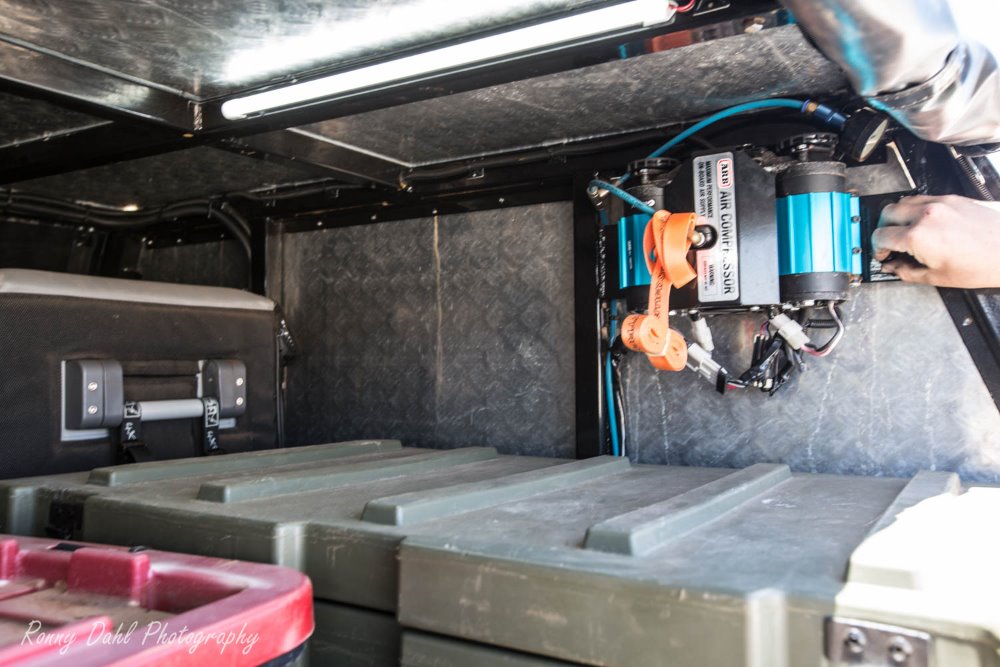 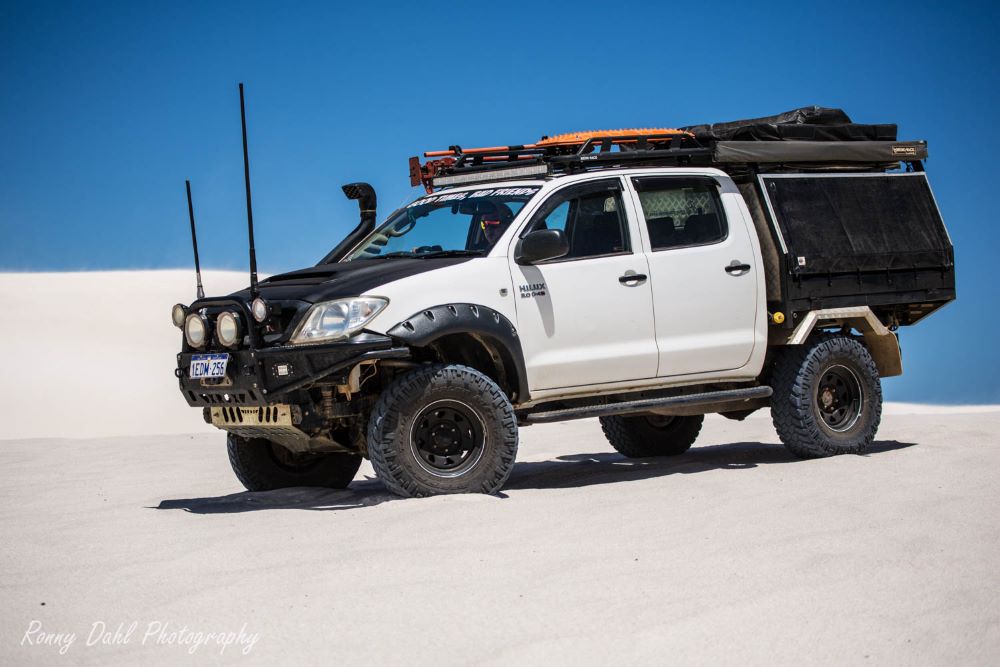 Do your research before you start a build and always have a plan in your head as well as on paper.

Things to lookout for with this model Toyota Hilux SR:

Injectors need replacing at about 150000kms and cv’s

Top 3 tips with the Hilux SR:

Thanks to the following people for helping with my:

Mitch Simpson for all the help with the build and mechanical side of things https://www.facebook.com/mitchell.simpson.7

And also ASteel PowderCoaters for the awesome Powder coating job on the tray and bull bar.