The Toyota 80 series, one of Australia’s favourite choice when it comes to coil sprung wagons. Flex straight of stock form.

John has set this 80 up for long range touring and has been using this Toyota 80 series for 13 years. Yep 13 years in one vehicle, that says a lot.

Although John had issues with the motor 290,000 kms into the life of the vehicle it hasn’t miss a beat since. 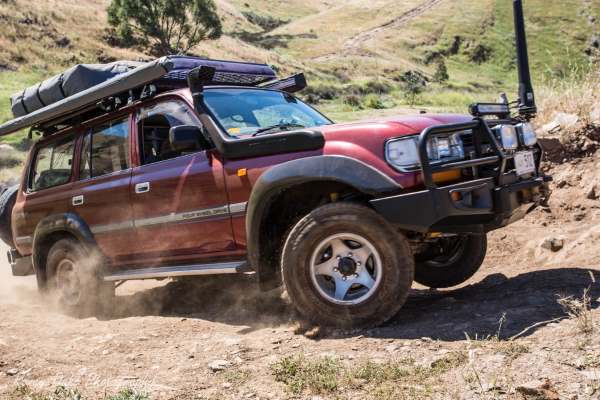 Apart from the clever DIY design on the rear this 80 series is equipped with plenty of comms even HF radio.

This rig only has necessary gear bolted to it. Enjoy the video and be enlightened with loads of ideas.

Suspension: 2in lift Dobinson springs in front and 2in lift rear with 200kg constant old man emu springs in the rear and Dobinson twin nitro charged shocks all round.

Still the original engine but was rebuilt at 290k after the big end bearings let go also did the injector pump and new injectors at the same time that was 160k ago.

Running two Electrophone UHF cb radios and for longer comms using a Codan 9323 HF radio that allows me to communicate upto 1200Ks and to make radio phone calls and GPS logins to family and frends.

Running Three GPS’s  two 7in sat navs one being a HN7 and Xgody 704 and a basic Garmin GPS5 for waypoint work. 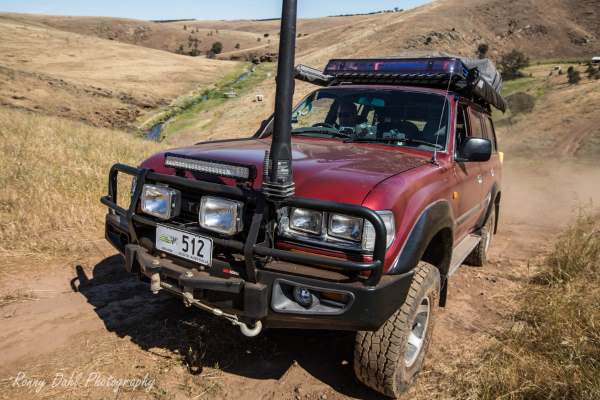 Suspension as listed above and tyres are the Toyo open country AT2’s which are a crossover type of tyre.

Front Bullbar is the premium steel winch and the rear swing away twin wheel carrier bar are from Powerful 4X4 made by Rock Armour.

Roof rack is a combination of Rhino rails and a Tracklander basket cutdown to take the ARB rooftop tent the Rhino rails allow me to mount awning’s on both sides off the car and shovel holder.

Has a home made two draw system with the drawers above each other and the other side having storage areas. Mounted on a removable shelf is the 40l fridge.

Cargo barrier with a shelf mounted off the barrier for storing camp chairs and table. 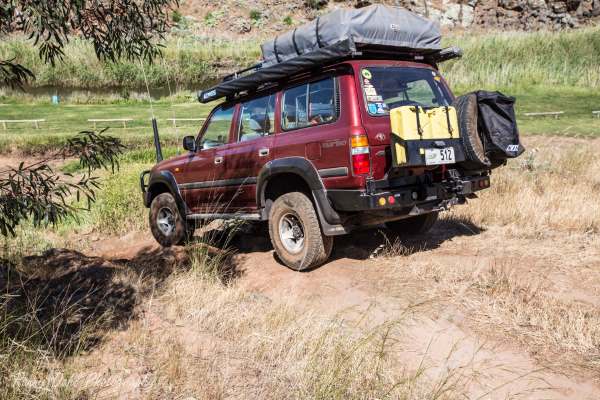 Unstoppable moment in the Toyota 80 series.

Most scary situation in the Toyota 80 series

Crossing many flooded creek’s in the Flinders Ranges including one where the road follows the creek bed for several hundred meters only knowing the tracks location by following star droppers. All this was after the other side of the range had received 65mm in a couple of hours before crossing the range and starting at our camping area. 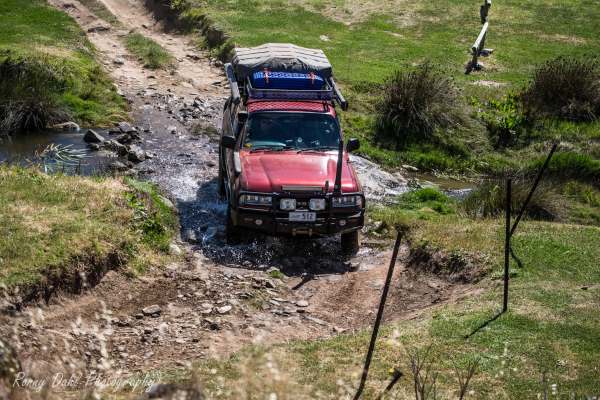 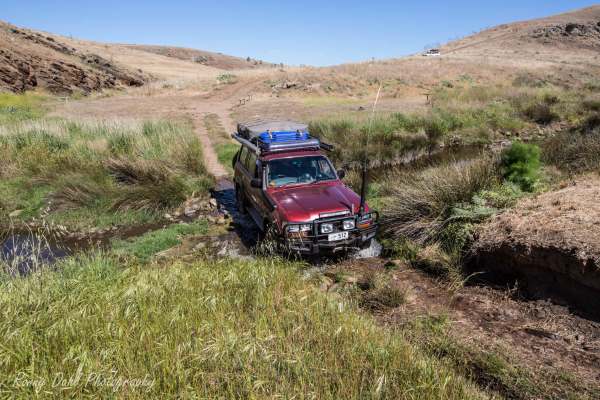 My recommendations are to do a 2in lift, Fit a snorkel and a 3in exhaust to help the engine to breath better and to assist with power increases.

Things to lookout for with the HDJ80R:

The 1HDT motor fitted to the HDJ80R was known to have bad big end bearings and can have a catastrophic failure so recommend you find out if they have been changed over if you are unsure have them replaced as this is way cheaper than an engine rebuild.

Also look for rust around the passengers footwell area and around the sliding windows at the back.

Top 3 tips with the Toyota 80 series:

2.   If you buy a GXL or DX model upgrade the seats to the 40th anniversary or Sahara model way more comfortable.

3.     If you buy a model with the 1HDT motor for peace of mind just have new big end bearings rolled into the motor as it can be done without removing the motor.


Thanks to the following people for helping with my Toyota 80 series:

I would like thank a very good friend James Ruediger for the many hours of help he has given in rebuilding the motor in my vehicle and his mechanical skills and work to help me keep the car on the road.