Wait no longer Triton fans because here it is, another very highly requested Modified video, a Mitsubishi Triton 4x4 aka Mitsubishi L200.

Just as most 4x4 vehicles featured on Modified this Triton is up there with mods and capability. A few things on Josh’s Mitsubishi Triton have been changed more than once and refined, anyone with a 4x4 Triton will get a ton of ideas from this one.

One thing that really stood out during the shot was the 2.5l Turbo Diesel motor had no signs of struggle at all pulling the Triton truck up some very soft and steep sand dunes.

Normally each vehicle on Modified kind of has a specific area which could be considered the main feature, Josh’s Mitsubishi Triton on the other hand is a well-balanced vehicle when it comes to mods and it looks pretty damn cool too. 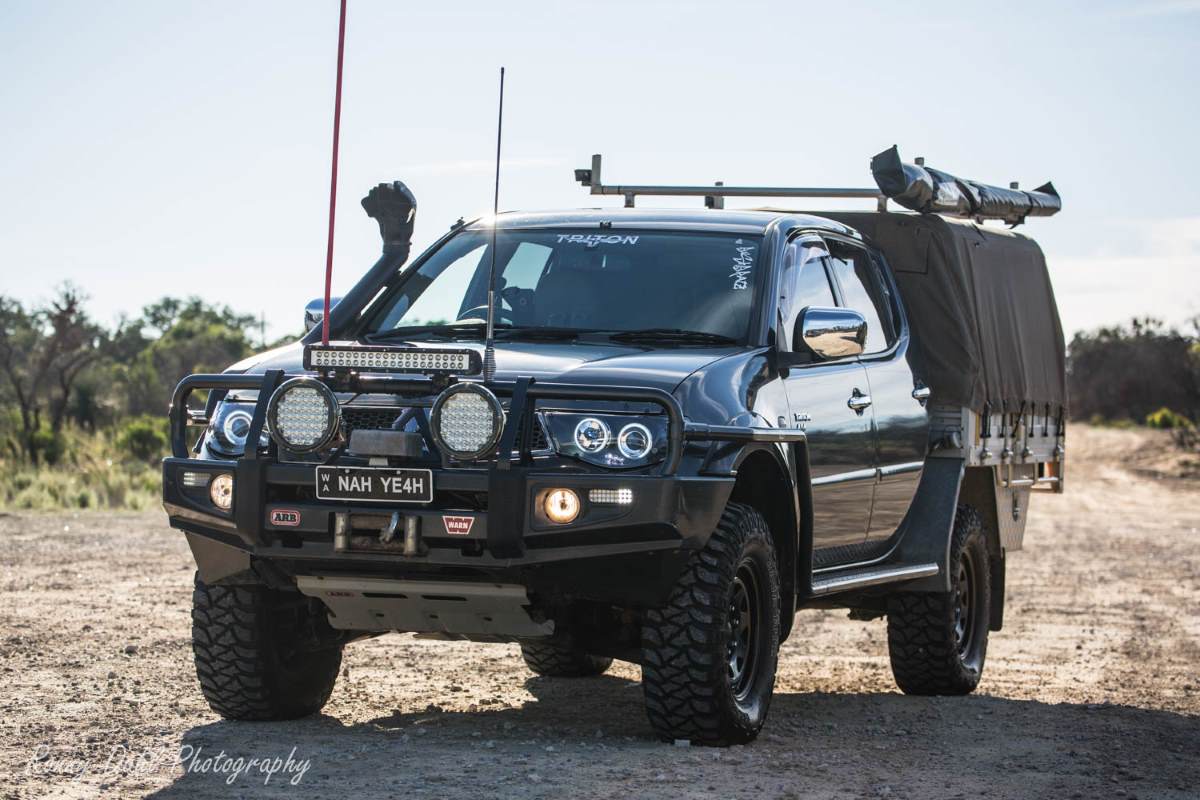 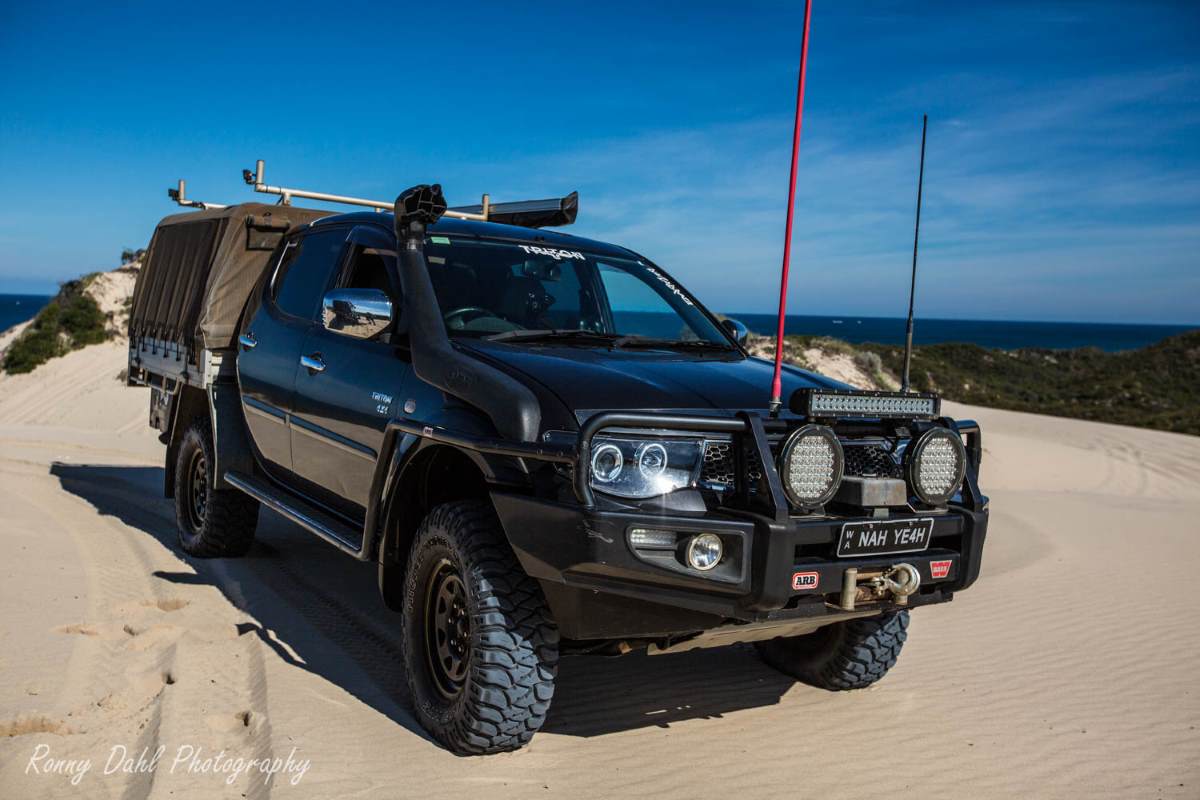 ·          custom made switch panel in tray for lighting around tray 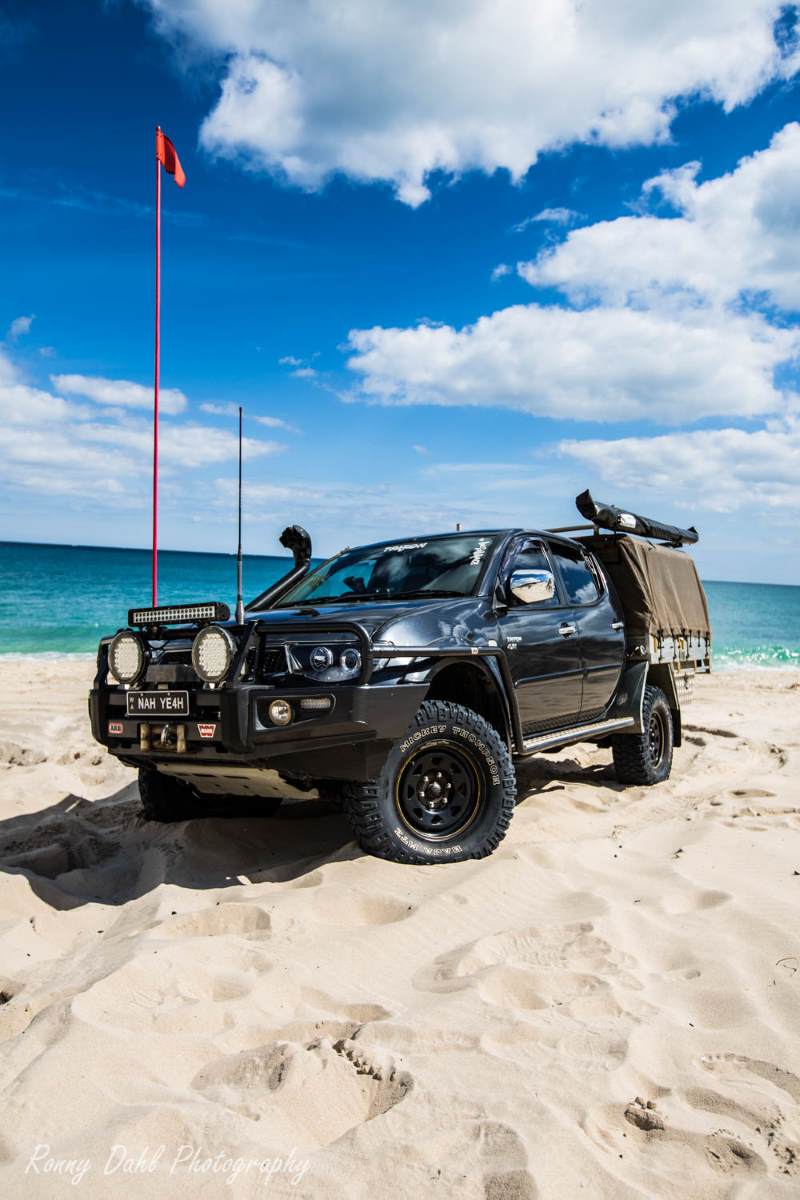 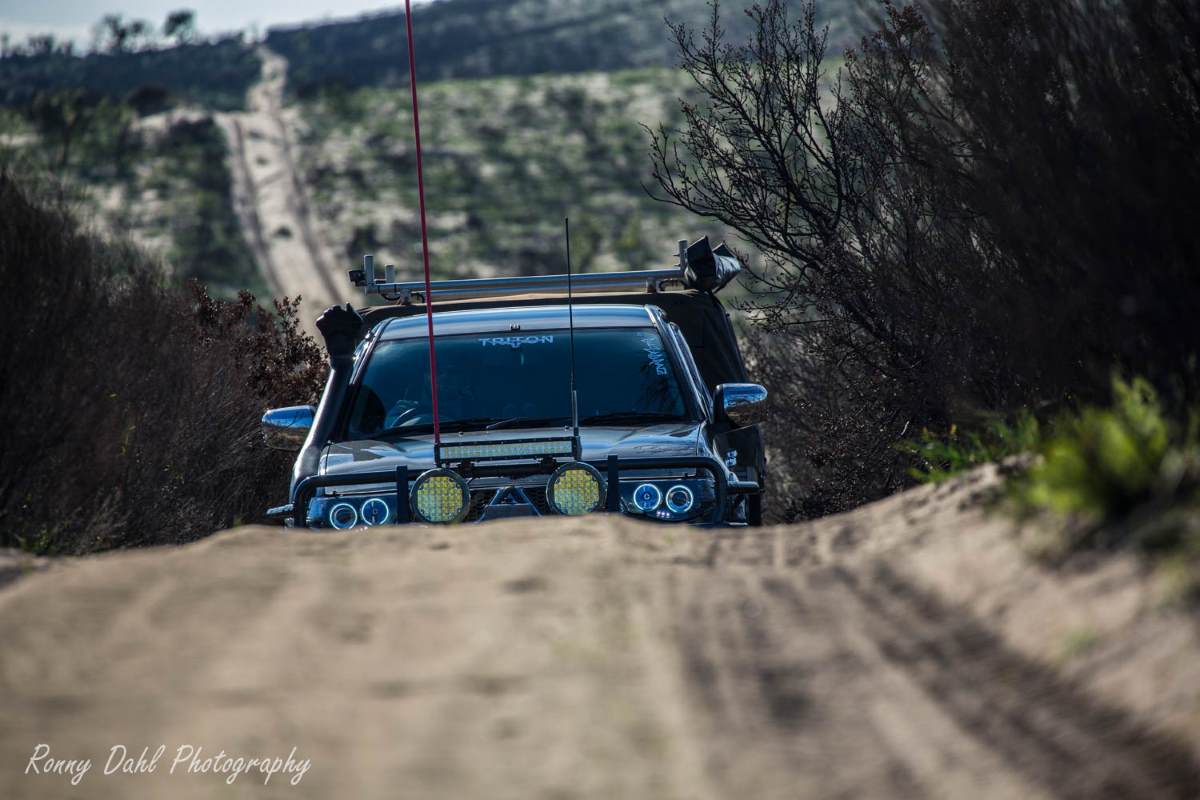 Unstoppable moment in the Mitsubishi: 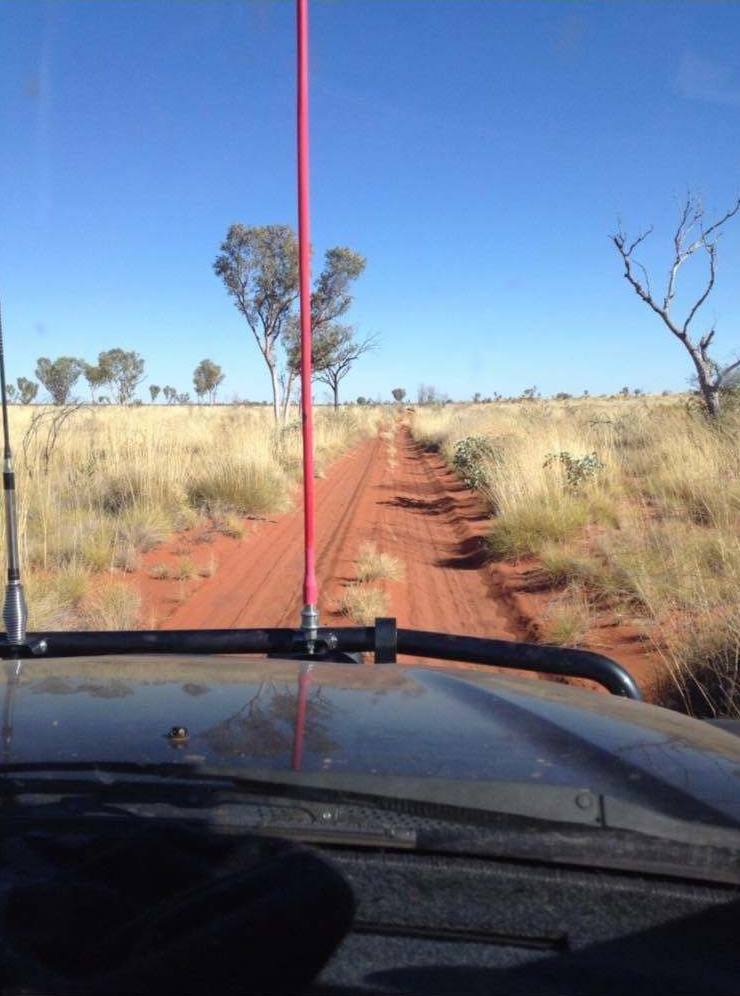 Most awesome unstoppable moment in the Triton was the canning stock route when she busted up every dune no dramas and being the recovery wagon snatching the old man’s ute with the camper and another mate with his camper up and over the dunes!

Most scary situation in the 4x4 Triton:

A stretch of beach along Ledge point Where I was boarder line Red Lining and I had to point the Bull Bar into the water to get some traction to bounce back up the beach!!

Everybody has said, but Research is the biggest tip I can give, and if you can do it to your ute yourself do it.

I’ve done all my electric modes and it’s great to know how it all runs so in the case of a fault you know where everything is!

I’ve been asked so many questions by people, even my parents, to say I should have bought a cruiser or a similar ute to customise like I have my triton, but I love my ute and I wouldn’t change it at all!

And its unique there aren’t many Tritons out there that are customised much but the ones that are look awesome! 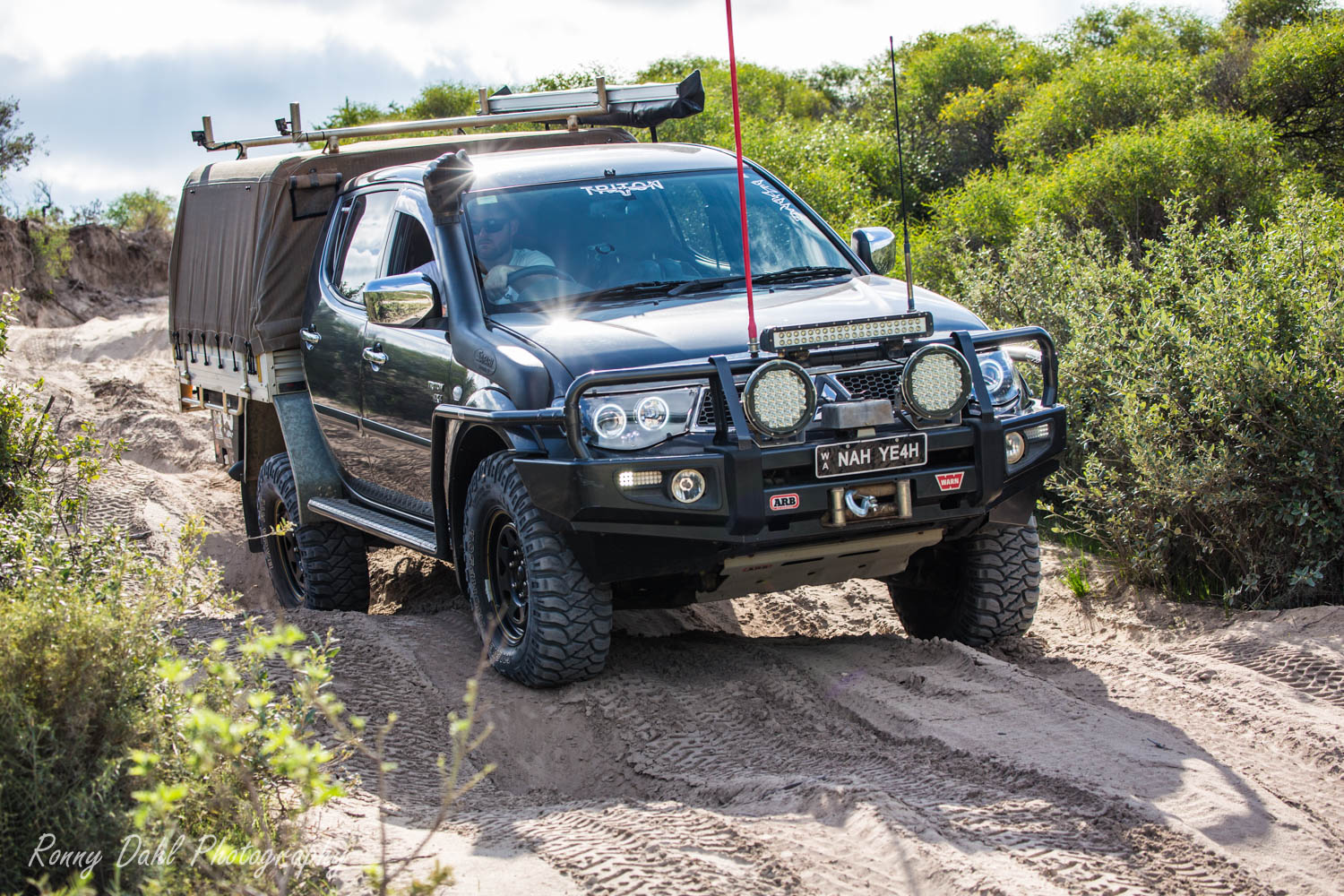 1.    I strongly recommend fitting a oil catch to your triton the amount of oil I have caught is huge and it will help to reduce your manifold from clogging up

2. Bash Plates is another awesome tip and a must, if you fit a good set of aftermarket bash plates you won’t have any worry about damaging your drive train, I’m glad I got a set on my ute

3.   Electrics- when it comes to electrics take the extra time when doing it run it neatly and insulate where ever you can and connect it all correctly, last thing you want is something going wrong when you’re having a great time out on the tracks!

ARB Osbourne Park: for helping me get my car up to off-roading scratch and especially my mate Michael for putting up with my constant calling and emailing! Top bloke

Exhaust Torque: for customizing the rear half of my exhaust

My Old man: for all the boily work I required to my ute

My mate Rikki from Rikki’s auto electrics:  for taking an ear bashing of confusing questions ha ha when it comes to wiring my ute and helping me out.