As mentioned in the video Royce and Trigger are on a mission, a mission to spread awareness for PTSD (post-traumatic stress disorder) which is something Royce is living with from his service days with the army in Afghanistan.

We had the privilege to check out his Army Land Rover Defender 110 on the actual day Royce and Trigger started their journey.

The pair of them will be living in this vehicle for however long it takes to circle Australia and spread awareness of PTSD.

This vehicle is a prime example of a basic needs touring vehicle and shows what you can acquire from the army actions.

This army Land Rover is pretty much already setup from purchase and only a few cheap mods are needed to make it ready for recreational purposes or in Royce and Triggers case a life vessel for their mission. 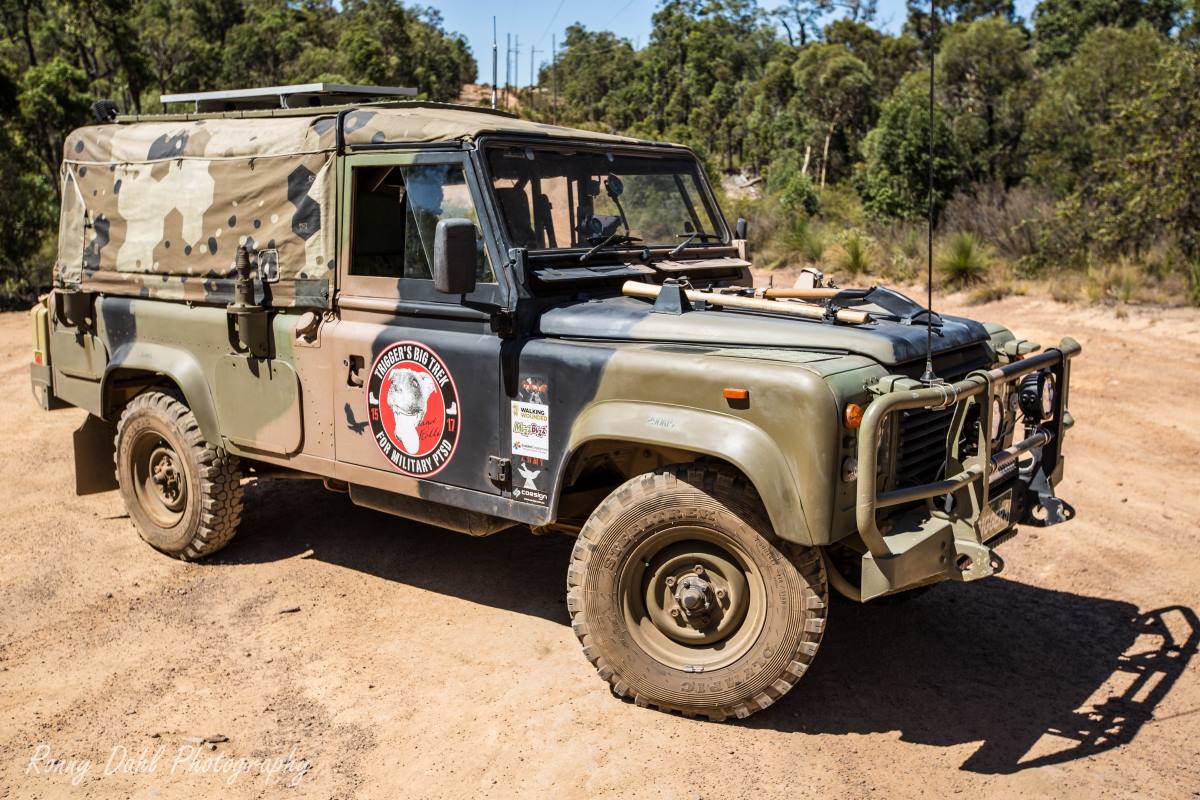 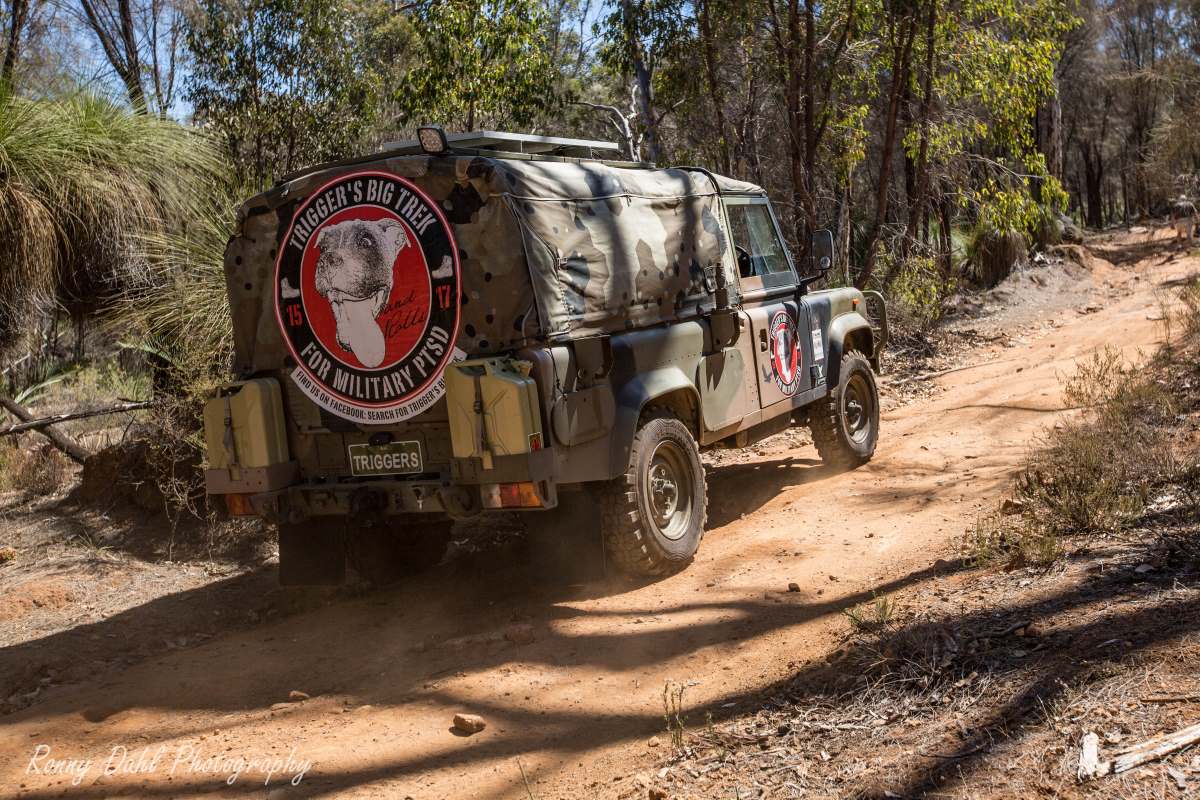 Suspension and tyres: standard suspension and Australian made truck tyres (not much could be found about the type of suspension on this vehicle, if you know what it is feel free to enlighten us by sending an email or comment below)

Back of the wagon: ready for a lap around Australia, sleeping area made for Trigger, Engel 40l Fridge, Camo canvas, over-head cargo net, custom box from the old cart.

Fridge is worth having 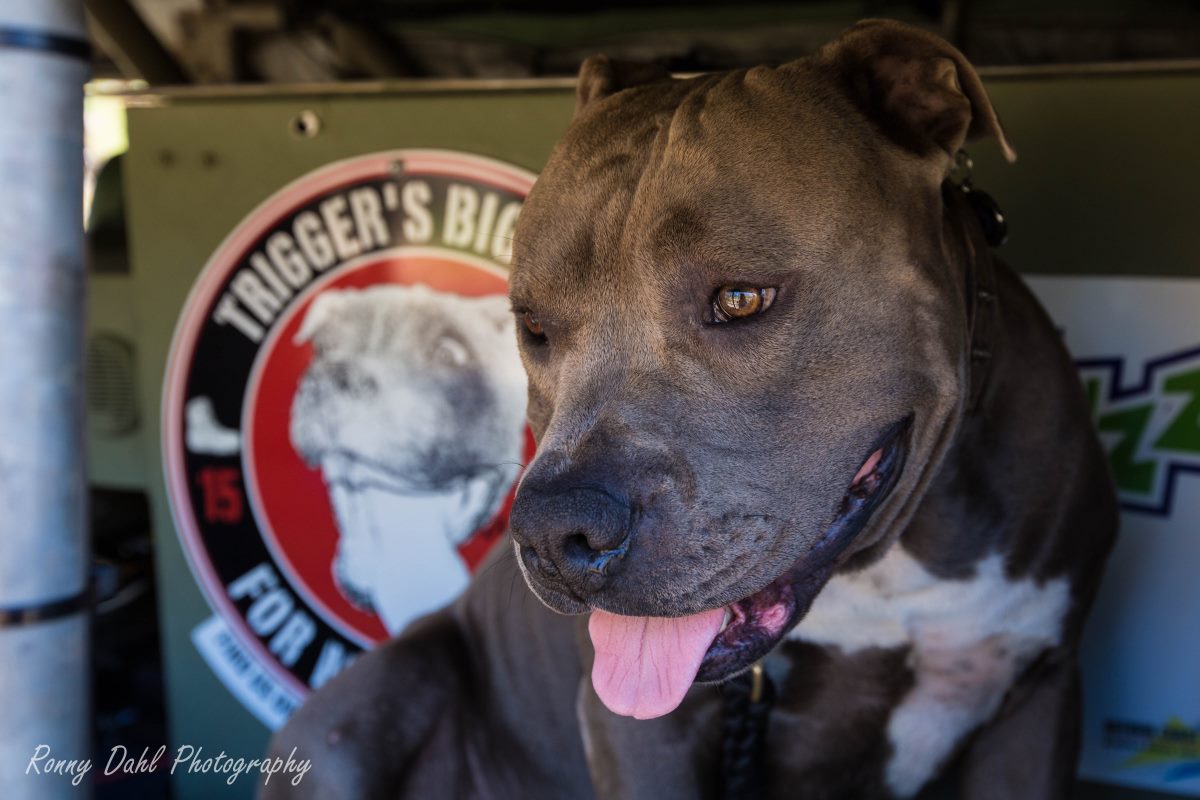 Since the modified shoot its been a few months and in that time Royce and Trigger have covered a fair few km’s.

They have stopped in quite a few places along the way and recently (in April 2016) had an engine failure on the highway.

To see more of their journey see the links below.