About 7 months ago I changed my old unichip Q+ to the new Unichip Q4, a far more complex unit doing way more than most other chips on the market and safely.

The new Q4 module came out just a few months after getting the Q+ fitted, Travis from

Perth Diesel Performance fitted and tuned my 79 and it feels so different now.

The old chip was great and the gains were good but this new system is unbelievable!

Not only does it give you even more power and torque it does this with better fuel economy!

On my factory tune my diesel consumption was around 16-18l per 100 (a mixture of highway & city driving), with the Q+ it was around 16l per 100 with more gain in power and torque and then with the Unichip Q4 it sits around 14l per 100km AND that's with increased gains. 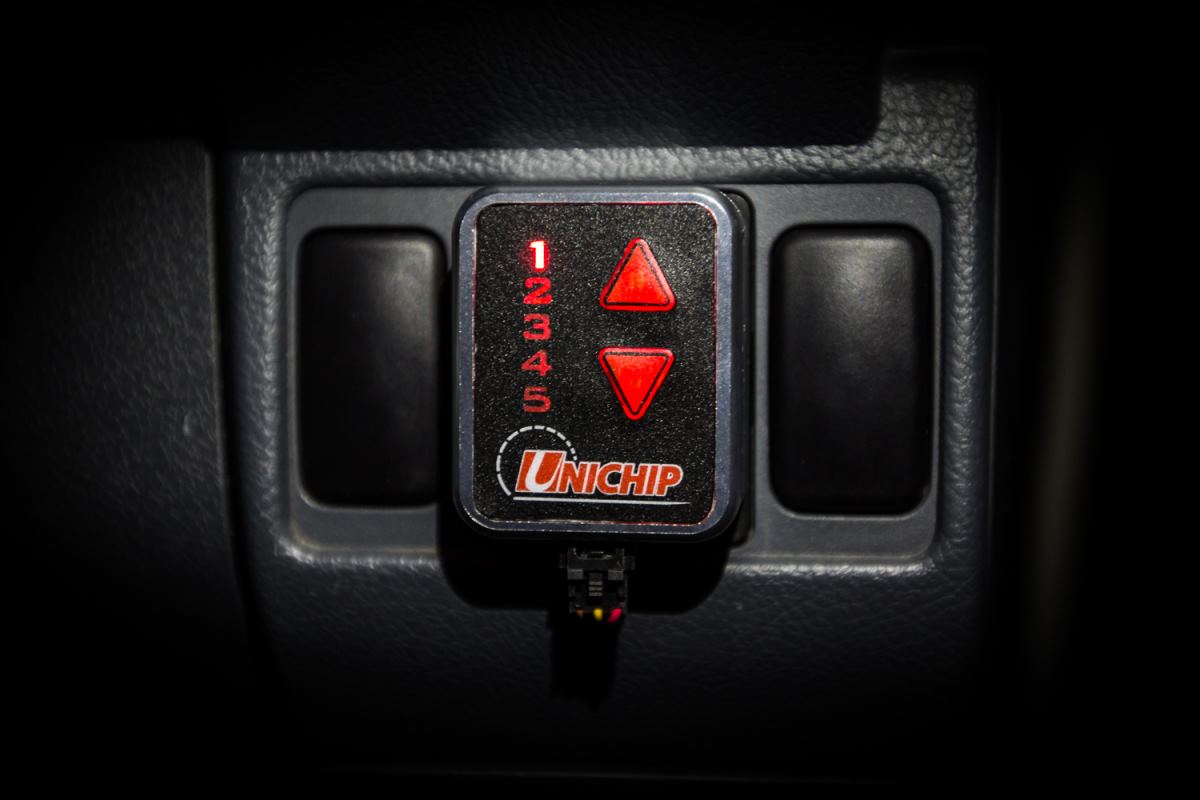 One chip for the CPU and two chips one for each 4 injectors. 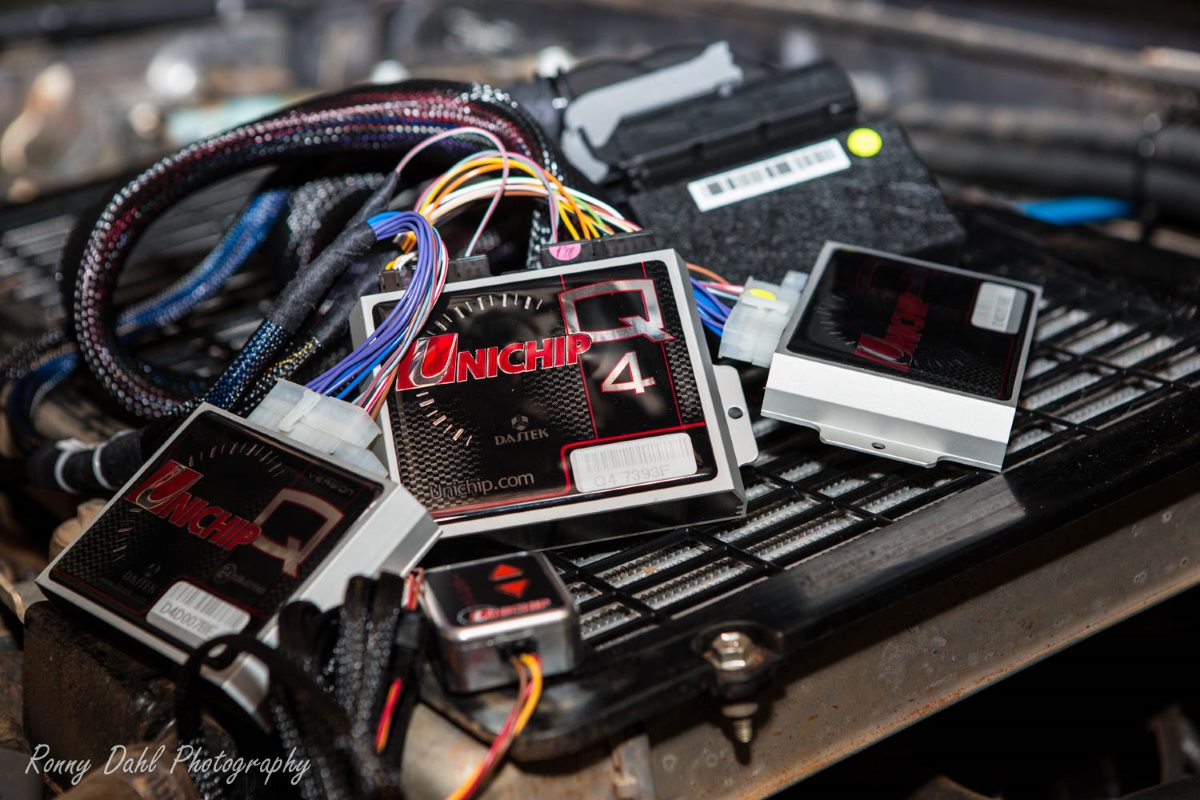 The throttle response feature has made a massive difference to my on road driving, the 3t 79 series running 35's drives and respond like a road car which is fantastic when pulling out onto the highway.

The Unichip Q4 is still running through the 5 map select  (from the Unichip Q+) which means I can have 5 different tunes, at this stage I have 3 tunes set and two more to add.

Tune 2 is my daily driver, more responsive and peak boost is 16psi.


Tune 3 is my factory tune which is pushing 13psi.


Tune 5 is my 4WD high range tune providing me with a smooth torque and power gain. 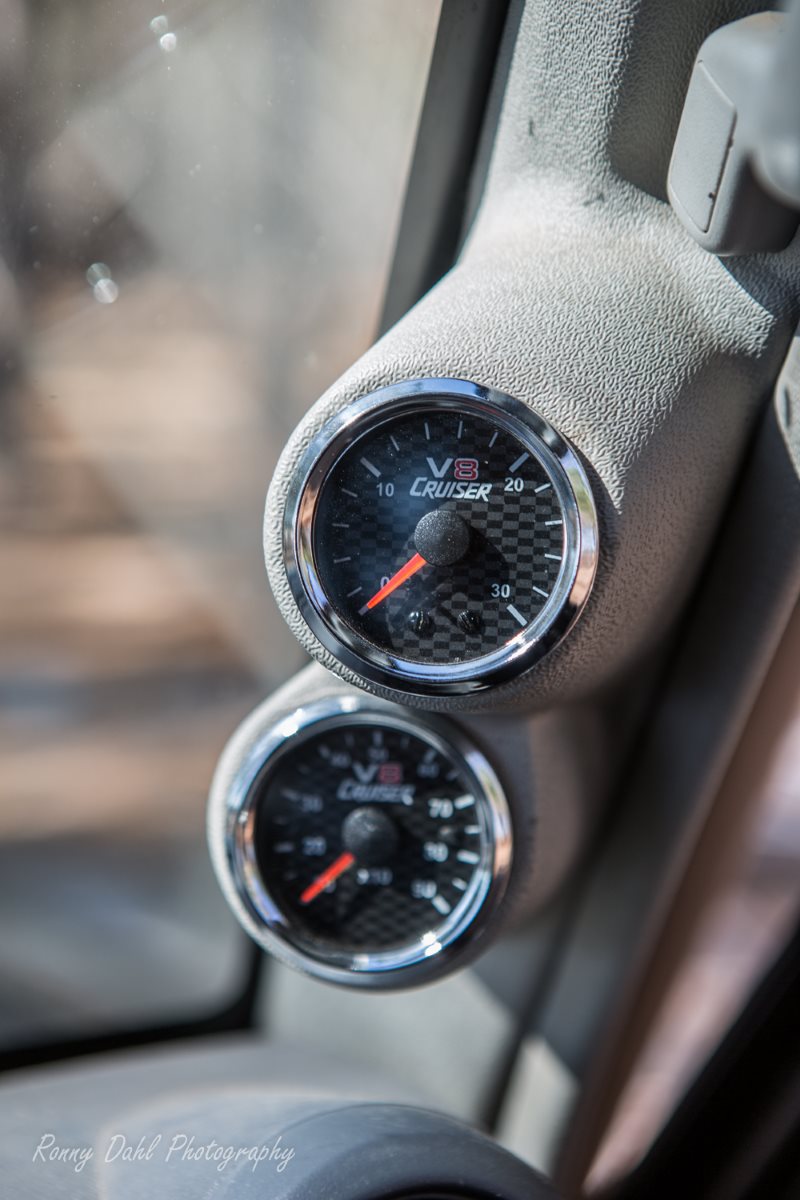 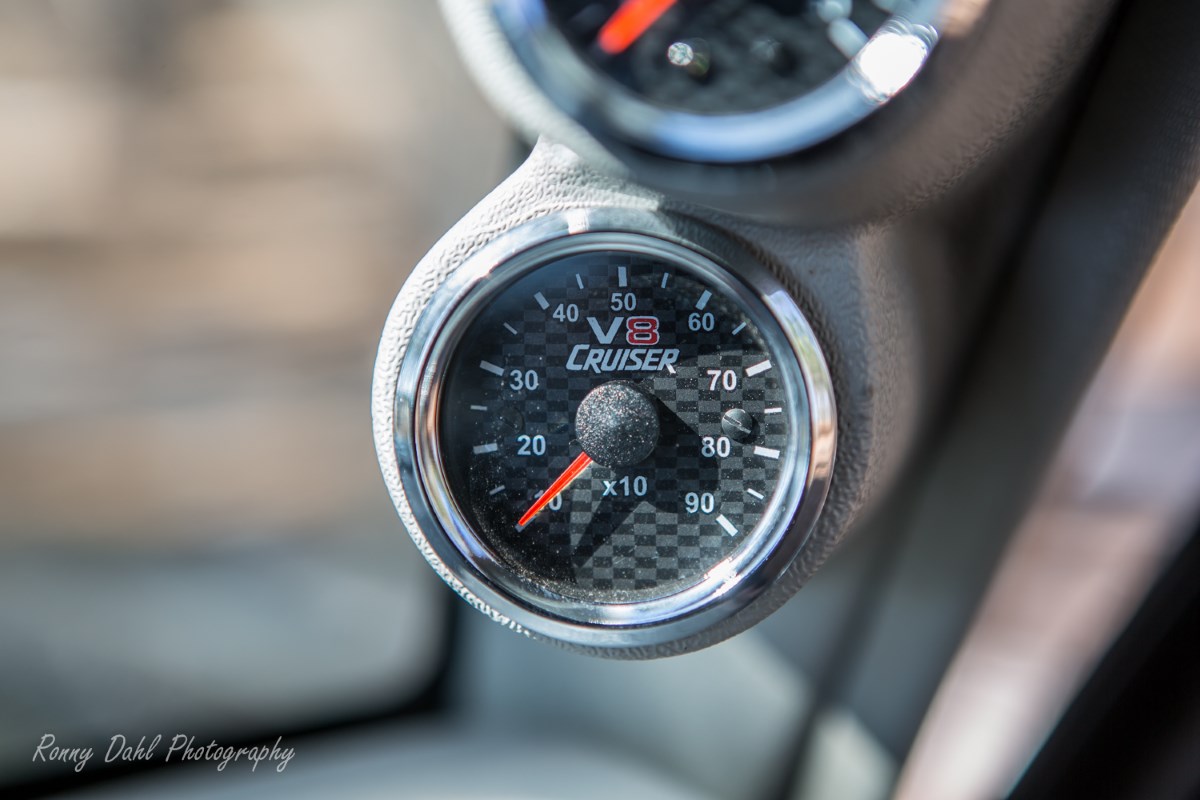 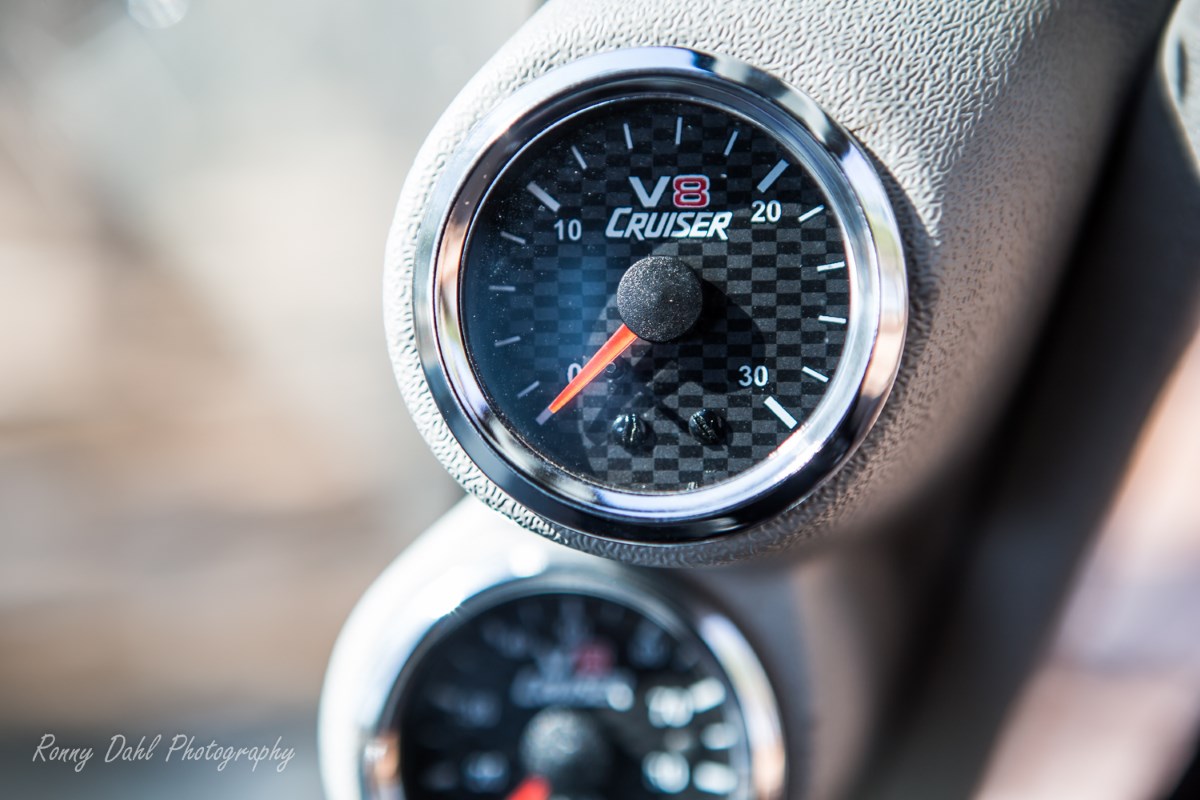 Here are my BIASED thoughts on the Unichip Q4 from my experience with it so far:

I travel to a lot of remote places, put the 79 through its fair share of punishing tracks including everything apart from snow.

I also run tag along tours in this vehicle and bought the VDJ79 for its reliability so putting a chip on this vehicle was not a lightly consideration and I had my doubts about it after hearing all these horror stories about other brands of chips failing and causing engine problems or constant engine lights etc.

So for me to install a chip tune to my 79 series was a huge deal and I am happy to say I have had no problems with it and I feel I can rely on the Unichip Q4 just like I can rely on my Toyota 70 series Landcruiser.

If you are thinking about tuning your diesel vehicle then just look at our videos and you will see where and what the 79 has been through.

Remember this is a diesel tune for a big 4 wheel drive and NOT a race car.

My tunes are keep within what I consider safe parameters.

The tune can be harder but what's the point in that, reliability is key. 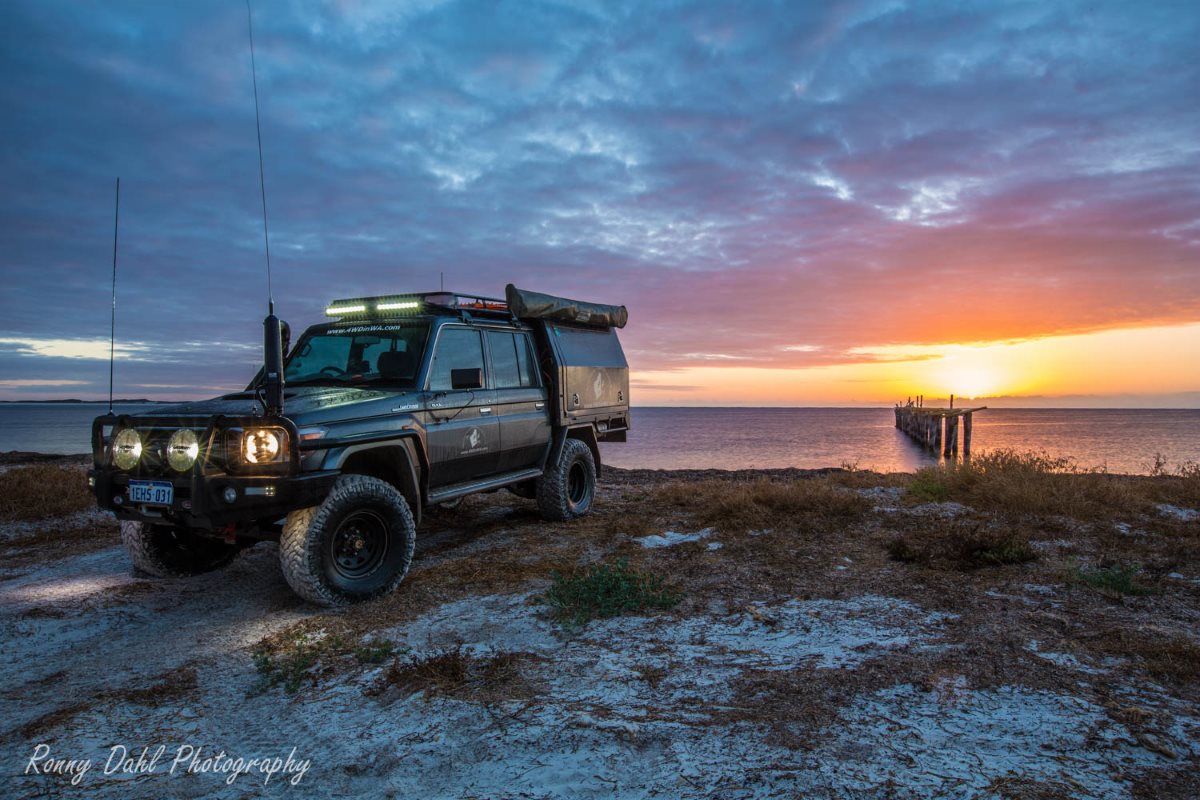 Off-roading with the Unichip Q4:

At first I had to learn how to drive again as there was all the sudden more power, torque and the throttle response change.

For dirt tracks, rocky sections and general stuff it was quick to adjust but with sand it took a few trips to get that right again as no longer did I need to push the pedal to the metal!

Now I find 1800-2500rpm is perfect for any sand situation, after 3000rpm it will just spin wheels! This is good as there is less RPM required to do the same type of driving which also means cooler engine and exhaust temps at low speed and less burning of diesel.

Driving on beaches and soft sand in general requires a lot of labouring from any engine, with the correct tune you can really improve engine temps and drivability keeping the engine safer from wear and overheating issues.

The technical details of the Unichip Q4 and Gains in the 79 Series V8:

Here is Travis with some more technical details on the gains and the system installed at Perth Diesel Performance.

Basically what we have done is installed the Unichip Q4 piggyback ECU and we have a plug & play harness that connects into the factory ECU. No ECU wires are cut with this option.

We are able to manipulate the injector timing, fuel injector volume, rail pressure, boost and throttle response  through the map sensor circuitory which gives us options to get the fuel & boost exactly where we want, when we want under various load & RPM conditions.

This gives the Unichip tuner the ability to optimise the vehicle for economy under light load conditions and set it up for optimum performance under full-throttle conditions.

The Unichip Q4 also has the option of a 5 map with either a switch mounted inside the cab or a Bluetooth option to change between the different tunes on your iPhone or android phone.

This is also the same as the fuel curve in the ECU, we can take the fuel in or out exactly where we want to maximise the engines efficiency to generate peak torque and power output at each load cell.

As you can see when you watch the video, if you watch the go pro camera at the back you will see at no stage does the engine emit black smoke out the back, which would indicate a rich tune which in turn would generate quite high EGT’s.

When we tune a diesel vehicle, we aim for lean best torque. When tuning, we look at each RPM load cell and adjust the boost, fuel & timing to suit that vehicle. There is no point having extra fuel in if it makes no extra power. This is just going to result in black smoke coming out the back of your exhaust.

We also only increase boost levels to where they are at a safe level depending on factory turbo or upgraded turbo. Anyone can make big power numbers on a diesel vehicle but you need to be asking the questions about how much boost and AFR’s (Air fuel ratio) they are running for the long term reliability of your vehicle.

With Ronny’s car given the weight approximately 3 tonne, our goal was to keep it safe as it is a reliable tourer and offroad vehicle but at the same time, he wanted that large rush of torque so on the event that when he needs the power he has got it.

What we have gone for with Tune 1 is a large increase in torque with a boost spike of 19psi then we get more control over the boost and we fade it back down. This is the same with the fuel, we are not extremely rich on the fuel we are running a 20:1 air fuel ratio which is very safe hence why if you look at the rear go pro footage it isn’t rich at any stage. Under a constant full load, the EGT’s do not even go over 450 degrees Celsius, which is why we refer to it as a safe tune.

As you would see from the video, the vehicle is fitted with custom boost & an EGT gauge so Ronny can monitor this at any stage he wants. Generally, the factory tune would run around 350 degree Celsius. So we have gained around 100 degrees, but in relation to where we are at with torque and power you are going to see gains in EGT’s so as soon as you put more fuel and boost in the engine you are going to see gains there but still at a very safe level.

With tune 2 what we are going to factor in there is a more smoother curve that isn’t so aggressive.

You will have a bit more of a gradual roll on which is intended for more on road drivability and give you a nice strong smooth torque pull,, rather than a rush but obviously when you want that power off road you want it as early and as fast as you can get it, as you need it.

Being able to custom tune your vehicle on a dyno as opposed to a plug in chip you buy direct or online, we can ensure that the tune set up for each vehicle is safe & reliable and is customised to that particular customers intended use of their vehicle.

We see it each week and no 2 cars are ever the same which is why no 2 tunes will be the same. This is the advantage of having a Unichip installed on your vehicle and custom tuned on a dyno.

At a later stage when Ronny wants to add enhancements to his vehicle such as a turbo upgrade or intercooler, we will be able to re-tune his vehicle when these upgrades have been installed to give him a even greater flexibility of options through his 5 maps with increased torque & power while still maintaining a safe & reliable tune.

If at some stage, Ronny wanted to change his car or upgrade to a newer model, in 99% of the case, he will be able to remove the Unichip modules from his 79 series and install them into his next car. The Unichip will be re-tuned to suit that vehicle but his investment in purchasing the Unichip will be lifelong from car to car.

Unichip is without a doubt, the proven reliable option when it comes to tuning your Landcruiser. Backed by a 2 year unlimited km warranty, authorised dealer network support and a worldwide company backing, you can be confident purchasing this product for your vehicle.

Many people make the mistake of purchasing a cheaper module that is not customisable, then need to spend the money purchasing a Unichip later on. We like to see people get the right product and spend their money once.


Perth Diesel Performance is the north of Perth agent for Unichip in Western Australia.

Or See This Page For More Information.