Caravan park camping is not as private as beach or bush camping can be but it's still fun. It's a good place to meet other travellers and exchange stories and information about the surrounding areas. It’s more like a community kind of feeling but a lot more friendlily.

All caravan parks (that I know of) have showers and toilet facilities and usually have good information on the local area, usually via free brochures and maps.

Most caravan parks also have kid’s areas. Some have Play grounds and/or inflatable jumping pillows and activities for bigger kids.

BBQ and wash room facilities are also available at most caravan parks.

A caravan park makes a great base camp to day trips from over longer stays, it's also a good way to break up a bit of bush or beach camping to have a shower, refill water containers and wash some clothing (if needed). 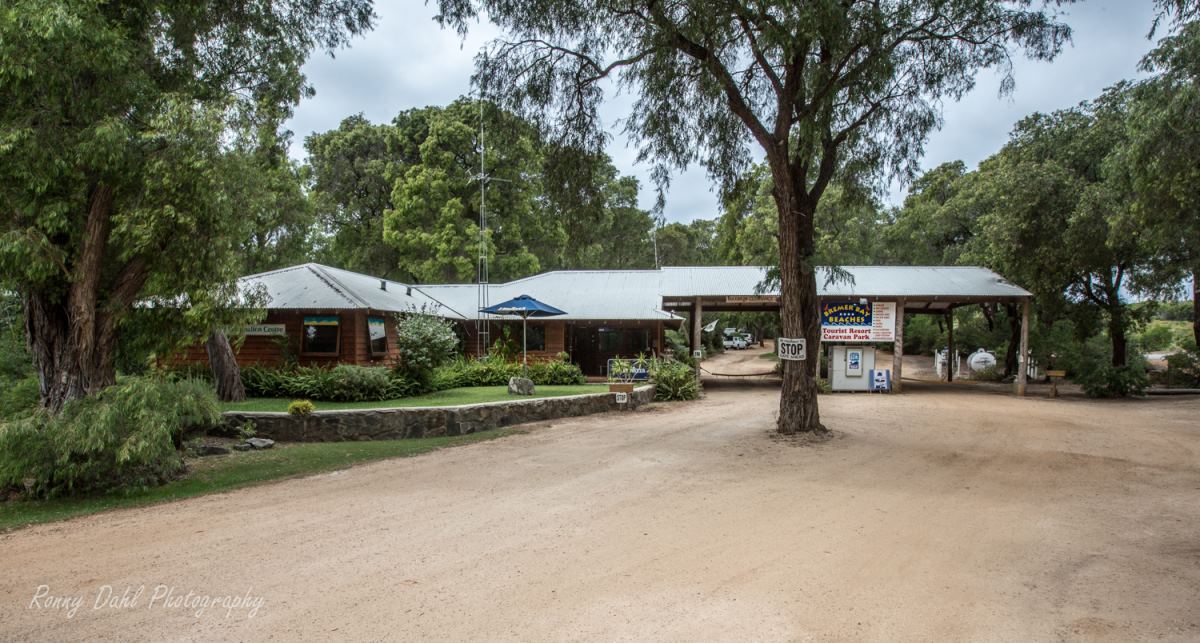 
Where ever it is, inland or along the coast nearly every town or settlement in Australia has a caravan park. In some areas the caravan park might even be the only form of settlement within 100's of km.

Before travelling always check caravan parks for their actual location by using Google earth and what facility's they have on their website (most caravan parks have a website or will at least have a review on another site).